Gus Kenworthy leaves little to the imagination… for a good cause 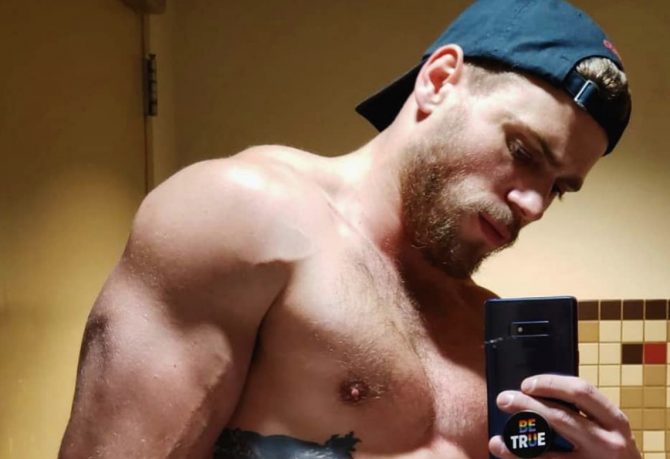 Well, you can’t fault the guy for not knowing his audience.

Days ahead of the eighteenth annual AIDS/LifeCycle, the June bike ride from San Francisco to Los Angeles that raises an impressive amount of money for HIV/AIDS services, Gus Kenworthy has made one final fundraising push.

And do you hear that? That’s the sound of nobody complaining about his tactics.

First, the out Olympian posted a photo that understandably grabbed gay Twitter’s attention:

just another headless torso for your grid pic.twitter.com/Y2v8Scxv7H

As of this posting, Kenworthy has personally raised an incredible $210K for the cause, and we can’t imagine this last-minute photo push hurt his donation pacing.

The ride will kick off June 2 and arrive just in time for Los Angeles Pride. In 2018, the grand fundraising total was $16.6 million. Well OK!

Reaction to Gus’ photo was as to be expected:

Is there an only fans yet or what pic.twitter.com/zwFESBI8un

I’ve never wanted something more in my life.

Head here for more info on the 2019 AIDS/LifeCycle ride.