Pride advertising marching along with the growth of the LGBTQ market 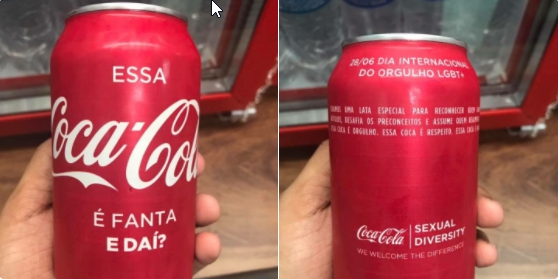 It’s early June and rainbows are already popping up on limited editions of everything from beer bottles to mouthwash bottles in unprecedented amounts this year. It seems more and more advertisers want a piece of the pride pie.

When done well, advertising that connects with pride can tap into our emotions — making us laugh or need to reach for the tissues.

Here are a few standouts:

Swedish fashion retailer H&M features several trans women in its campaigns, including Caitlyn Jenner, Hari Nef, and this year Laverne Cox of “Orange is the New Black” in its new “Stay True, Stay You” campaign. This is the second year it released a pride commercial and donates 10% of global sales from its pride collection to the United Nations Free & Equal campaign.

“Now I understand that being too much is just enough for me,” says Cox in the ad. “Your power is in owning every part of who you are.” The new spot also includes social media influencers Chris Lin and Brock Williams of “Yummertime” couple, who smooch after ice cream, along with Rickey Thompson, and Shannon Beveridge.

Earlier this year, Sprite introduced a touching spot in which people from around the world suffering through online insults are interviewed, including a real Spanish male couple, LGBTQ activists David Perez and Marius Caralt. As a version of The Beatles’ “All You Need Is Love” plays in the background, the two men kiss during a Pride parade. “At least they won’t reproduce,” adds the final insult.

Launched on pride day in Brazil, cans of Coke said, “This Coke is a Fanta, so what?” (Meaning the outside doesn’t match the inside.) The commercial notes: “A single can turned a homophobic expression into a symbol of Pride. It changed the way people searched for the expression on Google. A conversation full of hate changed overnight.”

In the UK, an old man in a nursing home tries the soda for his first time, then wonders what else he hasn’t tried. To the Queen tune, “I Want to Break Free,” he goes on a series of fantastic events, including appearing shirtless in a gay pride parade in a Roman gladiator costume. Cluelessly, he asks another, “Where are all the ladies?”

Since 2016, the rainbow-colored candy Skittles doesn’t want to compete with the rainbows of Pride London, and goes black and white. In the first one, a narrator says, “[T]his Pride, #onlyonerainbow deserves to be the center of attention. Yours. And we’re not going to be the ones to steal your rainbow thunder, no siree. That’s why this weekend, we’re giving up our rainbow. But don’t worry, we’ll still be there to celebrate every colourful minute with you. We’ll just be completely starkers while we do it.”

In a web series built for pride featuring real staffers, assistant marketing manager at Matrix, the illustrator Mohammed, joined forces to bring their own journeys to life through #SignsofPride. There are four more episodes in the cheerful campaign.

Back in 2012, Kraft Foods’ Oreo brand of cookies made a statement that resonated with many when it simply posted an image to Facebook of the famous cookie filled with rainbow-colored 6-layer creme filling. The so-called One Million Moms conservative group blasted the company. 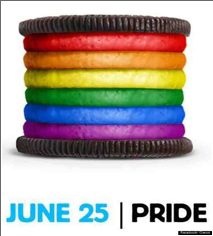 In 2015, after Kraft Foods’ spun the brand off with Mondelez International, the next concept went the other way and put back the white creme and the black cookies went rainbow. The post read: “We’re all the same on the inside.”

We’re all the same on the inside. #Pride pic.twitter.com/aqooO1kzj7

Last year, Mondelez brought back the rainbow creme filling but then kicked it up a notch with an animated GIF on Twitter that included the transgender flag, among others.

This OREO goes out to everyone celebrating Pride Month. pic.twitter.com/3BIWM78k6j

In an unmatched corporate response to the horrific attack on the Pulse gay nightclub in Orlando, the Whirlpool Corporation of Michigan published an ad for its Jenn-Air brand with the statement, “In grief, in pride, and most of all in love, we stand with you.” 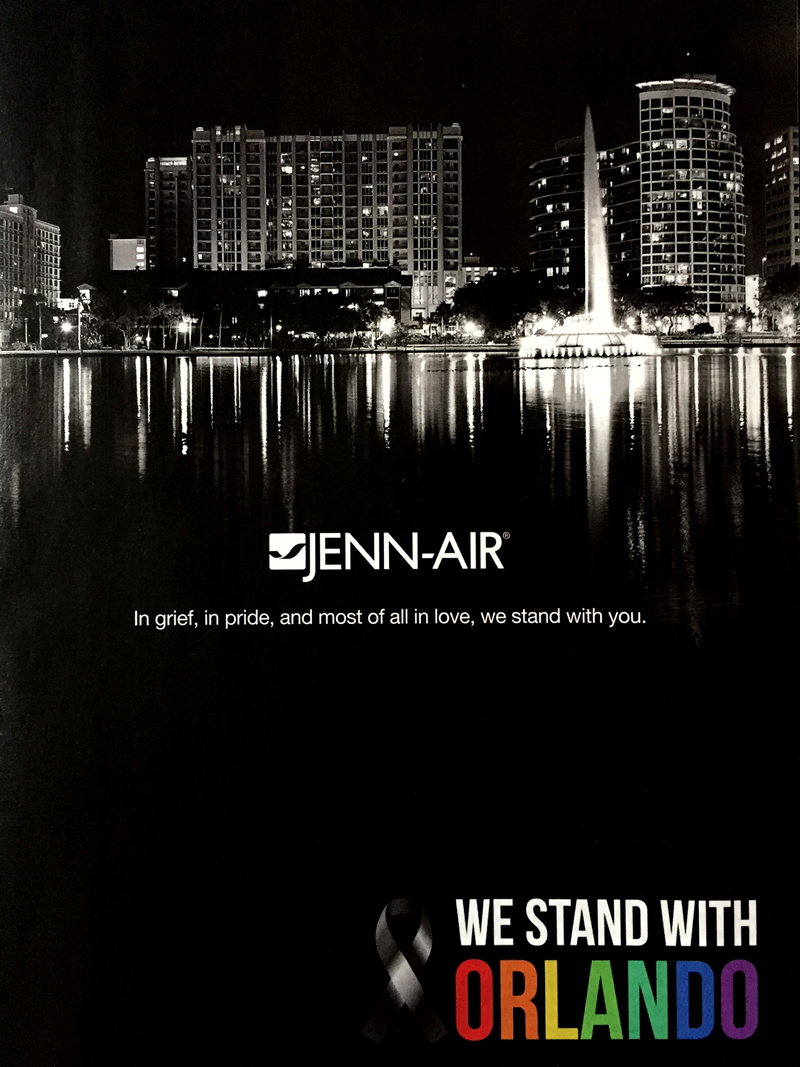 Michael Wilke has covered LGBT issues in advertising for since 1992, is the founder of Commercial Closet/AdRespect.org, and Senior US Consultant for LGBT marketing and diversity firm Out Now.