St. Vincent’s showed the world how to treat people with AIDS with compassion

This is the second in a series of “Then & Now” articles looking at historic places that have made New York the cradle of LGBTQ life from Stonewall to today at Pride 50. 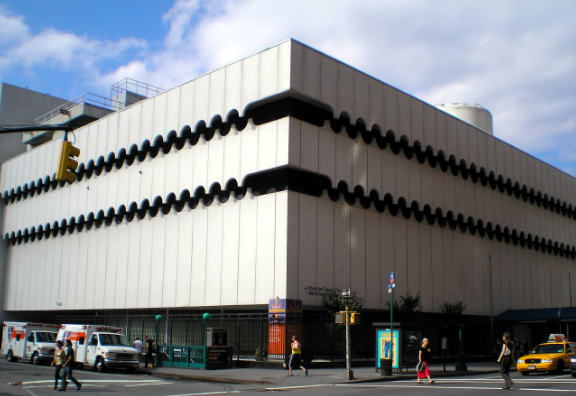 First established in 1849, St. Vincent’s Hospital lived up to its motto of “Respect, Integrity, Compassion, Excellence” during the height of the AIDS crisis in the late ’80s and early ’90s.

Located in the heart of Greenwich Village, it became known as the epicenter of the city’s (and the world’s) medical response to the epidemic when it opened the East Coast’s first AIDS ward in 1984.

Thousands of the more than 100,000 New Yorkers who came down with the disease were treated here. While AIDS was almost inevitably fatal at the time, the staff worked with enormous compassion and diligence to make the dying’s last days comfortable.  As noted on the New York AIDS Memorial’s original website, “Although there were other important AIDS wards and treatment centers in New York City, none took on the symbolic and cultural significance of St. Vincent’s.”

The hospital figures prominently in both Larry Kramer’s The Normal Heart and Tony Kushner’s Angels in America.

“For years, whenever I found myself passing St. Vincent’s, I’d tense up, walk a little faster, look away,” wrote Andrew Boynton in a 2013 New Yorker piece remembering the hospital. “My final conversations with two close friends took place in rooms in the old hospital, rooms that were now just dust-laden air.” 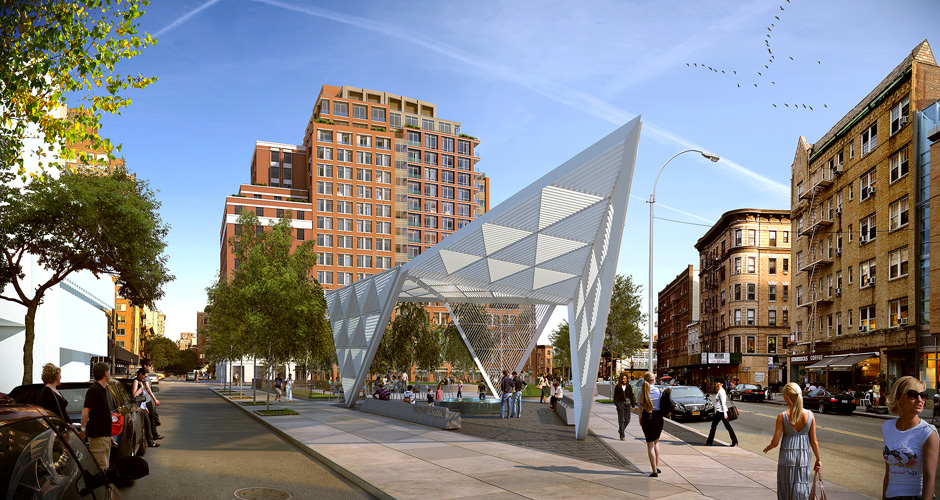 After years of financial woes, St. Vincent’s filed for bankruptcy in 2010. The majority of the hospital’s campus was sold to real estate developer Rudin Management, and the main building was demolished in 2013 to be replaced, as is the case with so much of the city these days, with luxury condos. 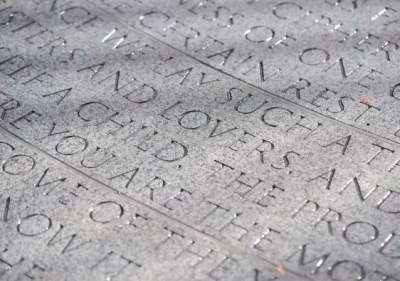 “Not having the hospital itself there to bear witness to the thousands who died, to be a living reminder of those times, is hard to comprehend,” Boynton wrote in his heartbreaking remembrance. “All these years, averting my eyes as I passed St. Vincent’s, I was in a way judging the hospital to be an accessory in my friends’ deaths. But my memories were safe in those clumsy buildings.”

Across the street from where St. Vincent’s once stood at West 11th Street and Seventh Avenue sits a small, triangular park. St. Vincent’s Triangle is home to the New York City AIDS Memorial, all that’s left of the tragedy that unfolded here decades ago.

The memorial was dedicated “to honor New York City’s 100,000+ men, women, and children who have died from AIDS, and to commemorate and celebrate the efforts of the caregivers and activists.” It is the first major space in New York City dedicated to the epidemic.

The 18-foot steel canopy opened on World AIDS Day in 2016 and today serves as a gateway to the park from its northwest corner. It shelters a small reflecting fountain, and the granite pavement beneath it is engraved with lines from gay poet Walt Whitman’s “Song of Myself,” which begins thusly:

I celebrate myself, and sing myself,
And what I assume you shall assume,
For every atom belonging to me as good belongs to you.