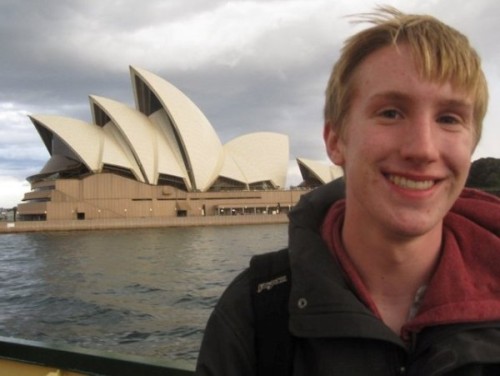 Who He Is: A Harvard astrophysicist who helped capture the first ever image of an actual black hole in space.

How He’s Contributed: In April 2019, Chael and a team of over 200 international astronomers and computer scientists working on the Event Horizon Telescope (EHT) accomplished a feat once considered impossible: They captured an image of a black hole.

What does today’s black hole image news mean? Our @ChandraXRay Observatory team puts it into perspective and shares just what a difficult feat it was for @NSF and @EHTelescope to obtain the new black hole image. Read more about #EHTBlackHole: https://t.co/s9xoxt8l3S pic.twitter.com/TQD8HSdbGG

It initially seemed impossible because black holes emit no light, a complication made even more puzzling considering the photo’s subject would be millions of light years away. The team came up with an ingenious solution: Instead of trying to photograph the hole itself, they’d photograph hot glowing gas getting sucked into its perimeter.

Why We’re Proud: That the team was able to complete its herculean task is worthy of considerable recognition, but the way Chael conducted himself after his profile rose shows he’s more than just a brilliant scientific mind.

After the photo was released, Chael became wrapped up in an unlikely, sexist internet troll attack on one of his female colleagues, Katherine Bouman. In an effort to undermine Bouman’s role in the project, Reddit trolls created and amplified a false narrative that Chael — a white man — actually did all of the work.

Chael immediately took to Twitter to dispute the bizarre praise being shoveled in his direction and to give Bouman the credit she deserves. He later explained that as an openly gay man, he is also an underrepresented demographic in the scientific community.

“Once I realized that many online commentators were using my name and image to advance a sexist agenda to claim that Katie’s leading role in our global team was invented, I felt I should say something to make it clear I rejected that view,” Chael told CNN.

Andrew is also a proud LGBTQ advocate within the scientific community. He is a member of the Astronomy and Astrophysics Outlist and serves as a mentor for undergraduates on LGBTQ life at Harvard, among other subjects.

“As openly lesbian, gay, bisexual, transgender, queer, intersex, asexual, and other gender/sexual minority (LGBTQIA+) members of the astronomical community,” reads the Outlist’s mission statement, “we strongly believe that there is no place for discrimination based on sexual orientation/preference or gender identity/expression.”