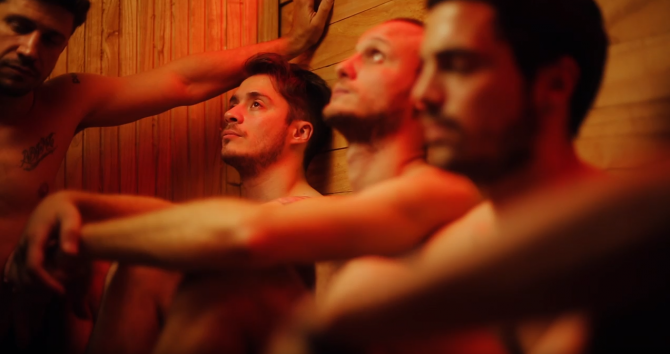 “I still clearly remember watching my first gay movie. It was Taekwondo, directed by Marco Berger. I downloaded it online without telling anyone and watched it on my computer alone in my room one night. This was at the point when I was finally starting to admit to myself that I was gay. It would be a while before I was ready to tell many others. The movie is not a masterpiece (it’s basically just 2 hours of eye candy), but it was my first gay film so it made a huge impression on me. The ending of the movie — spoiler! — when the two main guys kiss made me feel so validated!”

Related: On Stonewall 50, relive the essential Judy Garland films the fueled our fire

“Love, Simon. The book is better though. … I really enjoyed the book mostly because you get to know a lot more about Simon then you do in the film. Don’t get me wrong though, the film is still really good.”

“Pretty sure it was Beautiful Thing, way back in the 90s. It made me think what my life could be like. I thill think it’s a great film.”

“Shelter. It was so nerve-racking watching it. Trying to watch a whole gay movie straight and not get caught by your parents was terrifying. I paused so many times during the movie thinking they would pop up as they move like ninjas.”

“Maurice. I haven’t seen it since I was a kid, but all I remember is seeing the two guys kissing. Just made me think, ‘Wow… this makes sense to me…’”

“Rent applies as an LGBT movie even though it’s not the only theme. I came out 2 months later, helped me a lot. I still listen to the OST when I feel bad and need a pick-me-up.”

“The Hunger. That’s what passed for LGBT movies in the early 80s.”

What was your first queer movie? Let us know in the comments.