Pastor refuses dying man a funeral because his son is gay 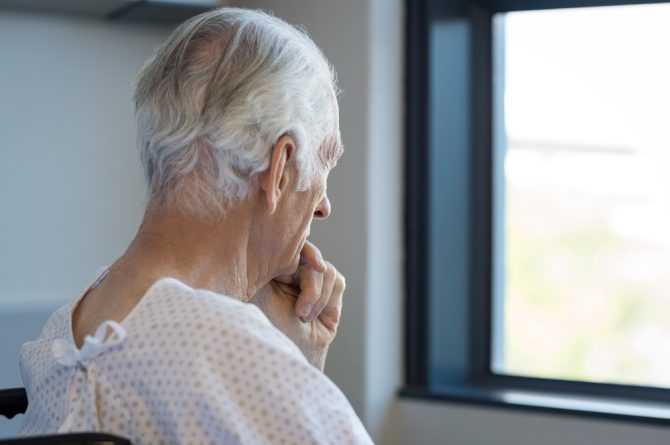 A 71-year-old man who is currently lying on his deathbed was told by his local pastor that he couldn’t have his funeral at his childhood church because he produced a gay son.

The son, Jessie Goodman, says his dying father’s last wish is to have his funeral at Lee’s Chapel Baptist Church in Sweetwater, Tennessee, and he wants Jessie to sing the hymn “The Anchor Holds” at the service.

The church holds special meaning his dad because it was his family’s church growing up.

But when Jessie contacted the church to start making arrangements, Pastor Jay Scruggs told him absolutely positively not.

According to local media outlets, Scruggs denied Jessie’s father’s request because Jessie is engaged to another man.

Yes, you read that correctly. Scruggs won’t permit Jessie’s heterosexual father to have his funeral at his church because his son is gay.

“They’re punishing my dad for a lifestyle choice I’ve made,” Jessie tells WTVC. “It’s not me up there in a casket. It’s him.”

Scuggs reportedly told Jessie that “as long as I was going to take part in any way, [my father] could not have his service there.”

So technically, his father could have his funeral at the church, but Jessie couldn’t attend.

According to Jessie, his dying father, who is also a pastor, didn’t take the news well.

“He had a very hurt look on his face when we told him that,” he says.

Church member Daryl Morrow tells local media that he believes Jessie’s father should be allowed to have his funeral at the church and that Jessie should be able to attend; however, he thinks Jessie’s fiancee, Brandon, shouldn’t be allowed inside the venue.

When asked for comment, Scruggs told reporters he wouldn’t talk to them under after Jessie’s father is in his grave.

Jessie’s father is still alive, but the family says he only has “a few days left.”