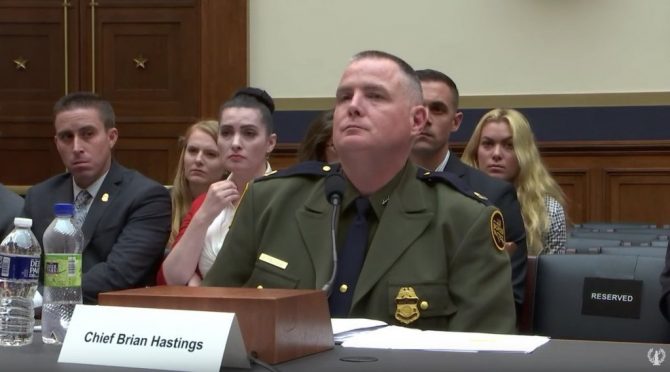 The Trump Administration is citing HIV status as a reason to separate families at the border, according to Brian Hastings, chief of Customs & Border Patrol.

Hastings made the remarks during a House Judiciary hearing on Thursday, July 25. During the hearing, Rep. Jamie Raskin (D-MD) asked Hastings point-blank if HIV status qualified as a reason to separate parents from children.

“It is because it’s a communicable disease under the guidance,” Hastings said. When Raskin pressed Hastings about HIV not being spread by contact, the customs chief dug in his heels. He also then admitted that other, more easily spread infections like the flu, did not qualify as grounds for separation.

Aaron Morris, executive director of Immigration Equality, harshly criticized Hastings and the edict by the Trump Administration. He also pointed out that HIV has not been considered a communicable disease in almost a decade. Morris told The Washington Blade: “We are appalled to learn that the U.S. government is again stigmatizing immigrants living with HIV. Separating children from their parents because they are HIV-positive deeply misunderstands basic public health and will irreparably harm families and children”

The revelation by Hastings also directly contradicts testimony by Homeland Security Secretary Kevin McAleenan, who had previously said that HIV status was not a reason to separate families.