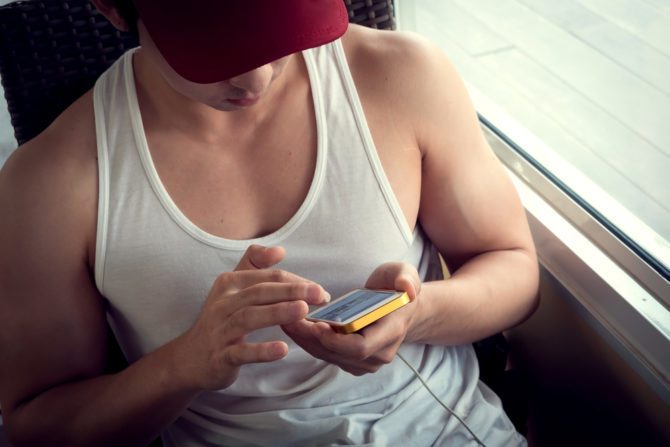 A new online dating survey has data to support what many of us who use apps already knew: in some people, they can stir social anxiety and loneliness.

The study comes from Ohio State University, where researchers scrutinized the behaviors of 269 undergrad students, all of whom used at least one dating app. Each answered questions such as, “I am unable to reduce the amount of time I spend on dating apps,” designed to measure their level of loneliness. The results revealed an unsettling trend.

“It’s not just that [students] are using their phone a lot,” lead author Kathryn Coduto said in a statement regarding the results.”We had participants who said they were missing school or work, or getting in trouble in classes or at work because they kept checking the dating apps on their phones. I’ve seen people who use dating apps compulsively. They take their phones out when they’re at dinner with friends or when they’re in groups. They really can’t stop swiping.”

The study also found that while loneliness does not necessarily lead to dating app addiction, it can lead to overuse, which in turn has negative consequences, exacerbating the loneliness. Students who overused apps also reported lateness or skipping work or class along with a spike in social anxiety when they are around real people, not just digital ghosts. Overusers also expressed fear about personal interactions, leading them to double down on app usage rather than freeing themselves from its restraints.

So next time you get that urge to pick up your phone for the 50th time today to see if that cute guy has returned your messages, don’t. Head out to a local bar instead, where you might even see him in person, typing away on his dating app.