If your date is racist, please don’t f*** him 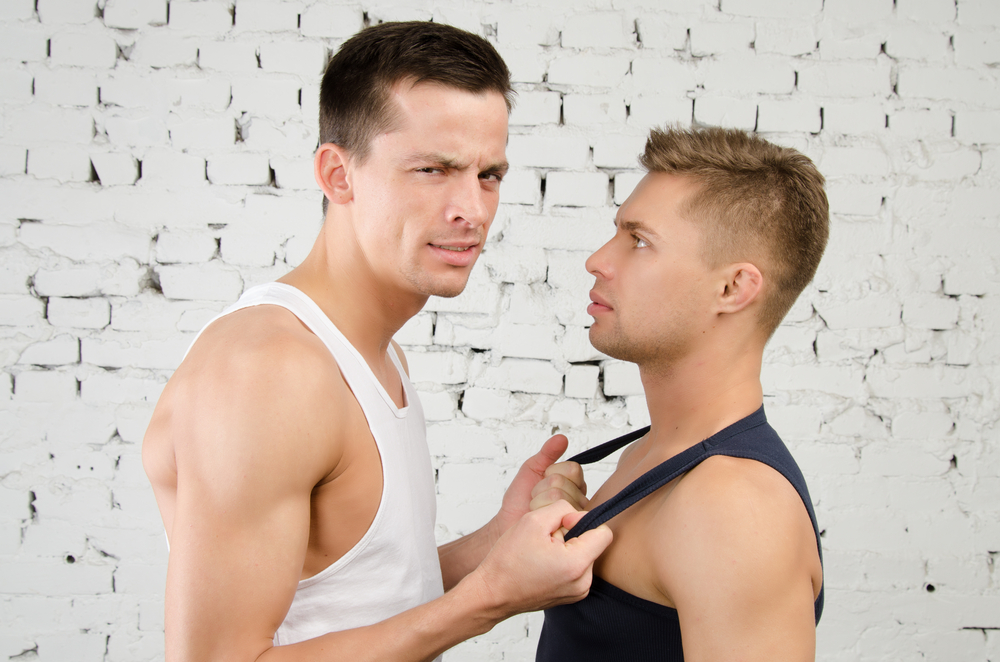 My trusty gal pal, Lyndsay, recently informed that I haven’t been on a real date in 2 years. That’s not counting my rich history of, shall we say, extracurricular experiences.

Luckily, there was a new app for me to try: Hinge. I matched with a lanky classical musician (let’s call him Pascal) and we started to chat. My main attractions to him were that he had adorable crinkly eyes, a playful sense of humor, and a pulse. After a month or so chatting, we decided to meet. He was cute in person, with sandy blond hair. He also seemed a tad more neurotic than me, which was a thrilling relief.

When I first saw Pascal in person, I noticed that he seemed to have a bit of extra plaque on his chompers. That should have been alarming. But I had already had two pre-date gay waters (vodka sodas), so I thought I could let it slide. I have impeccable oral hygiene, I rationalized, so if we ended up married, he could catch some good habits from me. I love a good project. Also, if we made out later, I’d probably be buzzed and not as bothered.

Dinner was at Ofrenda, one of my favorite Mexican restaurants in the West Village. I noticed that when he ordered, he had a pretty confident Spanish accent–especially for his Wonder Bread appearance.

“Do you speak Spanish or is this something you learned in your classical voice training?” I inquired.

“Oh, I speak French and Italian, but no Spanish at all,” he replied.

“Well, I’m actually half Mexican and your accent is better than mine!” I chuckled.

“Wait, you’re Mexican? I thought you were just white.”

This is where the conversation took a turn.

Pascal inquired how long my family had been in the United States and seemed relieved to hear about our documented immigration history. Ruh-roh. He then changed the subject to Spain and how Spanish people were hot. I agreed, “OMG the guys in Barcelona, sweet Jesus, they are breathtaking.”

“Hmmm, well, especially because a lot of Spanish people are actually white, like not Latino. In fact, the hottest Spanish guy I know has red hair.”

Eek. Unfortunately, this is not a rare “take” from white guys in general, either fetishizing Latinx people or only celebrating those who look extremely European. Colorism is not cute, but I didn’t feel like giving him a full herstory lesson. I added that to my mental checklist of things to fix about him once he became my boyfriend.

“You know, this country is changing a lot,” he added. “I spent a lot of time in Miami and things are different. It was so disconcerting being the minority. White people are disappearing. You know, they ignored me in Starbucks.”

Dios Mio, I thought. Where is this going?

Pascal continued, “People in America are racist to white people all the time.”

I fastened my imaginary seatbelt. “How do you mean?” I knew that a dominant group are rarely true victims of racism since racism is about legal and de facto, generational systems of inequity.

“Well, some people are just happier being how they are and with people like them,” he explained. “Is that so wrong? I’m from North Carolina, and I grew up poor and my school had bussing. We bussed in black people and sometimes it took them 2 hours to get to school. Do you think that’s right?”

I wanted to keep the conversation going and maybe capture a teachable moment with Pascal. I was also trying to save the evening and my chance at avoiding a lifetime of loneliness.

I cleared my throat, “I don’t want to equate the benefits and moral charge of integration with the logistics of bussing. Segregated neighborhoods come out of a dark history of prejudicial zoning, denial of city services, unequal access to capital, unfairly empowered neighborhood associations, workforce inequity, and redlining.”

“Well, I was made to feel unwelcome.”

I realized Pascal was ignorant AF, but that people who are ignorant never really come around when you give them the tea. I thought perhaps if he trusted my expertise more, he might be open to learning. I offered my background as a teacher in diverse schools, masters degree in education, time spent covering NYC development and housing policy, and current work at a nonprofit promoting educational equity through leadership development. I also explained that I’ve learned a lot from “passing” as white because I’ve taken the time to critically examine my personal treatment in relation to relatives and friends.

“But I was poor and white!” he proclaimed. “Look at Oprah and Obama, how could the world be racist? We don’t have a race problem; we have a class problem. I remember when I was a kid, I saw black people moving into the new neighborhood right next to mine. We couldn’t afford to live there.”

Across the restaurant, the sweet waiter motioned to see if we would like refills. I tried to Morse Code blink to him, “Save yourself, king.”

I explained that income inequality is one of the most pressing issues of our time, but that being poor did not really have much to do with him being white.” Pascal grimaced.

“It’s a culture thing,” he countered. “Why can’t people just be secure and proud of their own background? It’s like society wants to punish me for being white.”

I stress ate a heaping mound of guacamole.

“You know, I loved being in South Africa because black people there have their own language and culture. It just makes sense. They don’t have that here.”

At this point, my libido was retreating deep into the cupboard under the stairs of my soul. I took out $40 cash.

I summoned my inner Julia Sugarbaker. “You know, this might be hard for you to understand, but we are so far apart in our understandings of fairness in this country. I think you can learn, and that you should learn, but I don’t need to be part of that journey. So, I’m just going to go.”

Pascal didn’t seem too devastated. Still, I like to think that my Dick Denial

left him shook. At least enough to google “Am I racist?”

I called my good Judy, Lyndsay, to vent. “Well, I guess I’m not going on any more dates for two more years.” She wasn’t having that at all.

We ended up grabbing burgers at Julius Bar and then went back to Ofrenda. The staff was surprised, “You’re back!”

“Yeah, I had to leave, because my date was racist.”

The bartender then poured us two shots of Patrón–on the house.

Happily, the tequila started to do its job, and my disappointment slowly morphed into pride. Two dateless years, or not, there were just some things I couldn’t compromise on.

Lyndsay and I gabbed with the bartender, Alberto. We made a game out of guessing who tipped appropriately or not. Surprisingly the white bros near us turned out to be pretty generous!

Alberto encouraged us to meet his cousin who worked at another nearby bar, promising to join later. We cheerfully tottered down the street and into the next bar, where I spotted a handsome guy across the room.

“We don’t need new fr–” she started, before noticing the optimism in my eyes.

“They’re all…oh yeah, I see!” she exclaimed. She skipped off and proudly returned with my dreamboat.

Up close, Ron was even more delightful. As we giggled through our cocktails, I was struck by his disarming smile. Not a speck of plaque in his teeth.

I got his number. 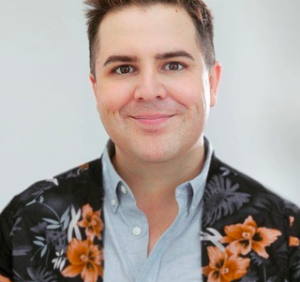 is a New York City-based communications professional who has managed social media accounts for Broadway shows including Kinky Boots and A Gentleman’s Guide to Love & Murder.

Brent has hosted regular cabarets and fundraisers throughout New York City as his alter-ego Ruby Powers since 2014. He also performs regularly as a company member of A Drinking Game: NYC, recreating 80s/90s classic movies for a live audience.