Thousands are sharing this video of a cop at Pride. See why. 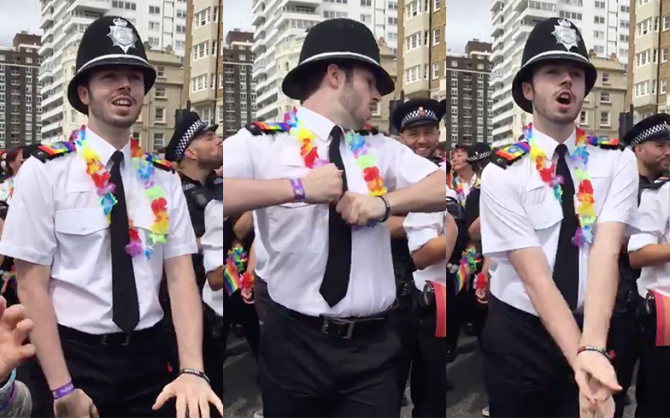 A viral video featuring a dancing UK cop at the Brighton Pride celebration has made a viral celebrity of the funky fuzz.

The clip shows an officer wearing a Pride lai and showing off his moves to the Steps song “Scared of the Dark.” As of this writing, it had been viewed well over 25,000 times.

The cop’s wild abandon in his dance also earned him supportive notice from the internet. “This officer is amazing. Loud, proud and dancing. @PrideBrighton @HertsPoliceLGBT Love to see him at Manchester Pride in a few weeks,” said Twitter user Graham Mitchell. “Love this, 50 years after Stonewall, the police are not fighting us, they are dancing with us,” said Radhe Shyam, echoing a similar sentiment.