Did Taylor Swift just come out of the closet? 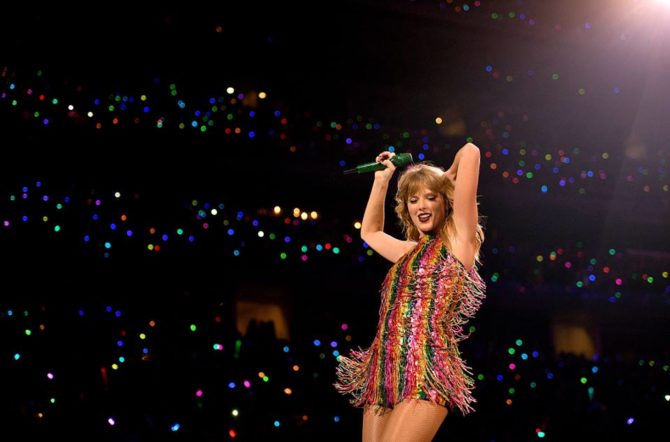 Singer/songwriter Taylor Swift has caused an Instagram stir that has fans convinced she’s just come out of the closet as bisexual.

Swift posted a photo of her wrist covered in bracelets, with several spelling out the names of things she loves. That included the name of her cat Benji, and “Fearless,” the title of her second album.

Fans quickly took notice of one bracelet which read “Proud,” and which also featured pink, blue and purple beads, which happen to also be the colors of the bisexual Pride flag.

This isn’t the first time Swift has hinted at possible bisexuality. In the video for her song “You Need to Calm Down” she also wore a wig which featured the colors of the bisexual flag.

Swift has proven herself, if nothing else, a strong ally to the LGBTQ community. This June, she released “You Need to Calm Down” on Donald Trump’s birthday, and with a video featuring a number of out-queer celebrities, including Ellen DeGeneres, Laverne Cox and RuPaul. The video also encouraged fans to support the Equality Act, which would bar discrimination of LGBTQ people in all 50 states.