Ryan Murphy has a huge announcement about his next collaborator 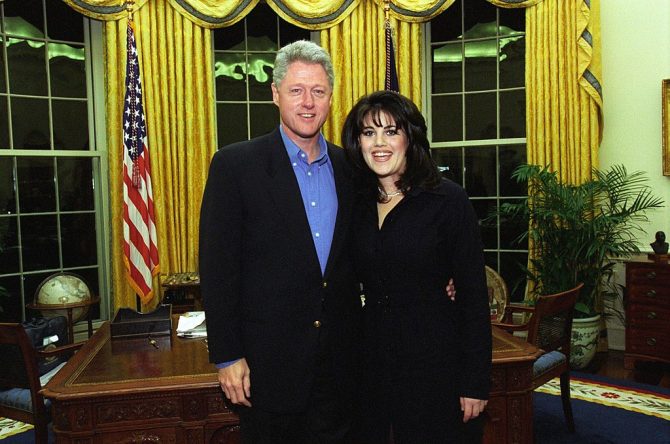 Lewinsky will join Murphy to produce the next season of American Crime Story titled American Crime Story: Impeachment. The anthology series will retrace the story of the Lewinsky Affair, as the scandal has become known, and feature actors from Murphy’s usual stock company. Both Sarah Paulson and Annaleigh Ashford, who have worked on previous seasons of ACS, will return to the show as Linda Tripp and Paula Jones, respectively. Queer actress Beanie Feldstein of Booksmart will play the role of Lewinsky.

Monica Lewinsky became a household name in the mid-1990s when her friend Linda Tripp leaked news that Lewinsky had engaged in an affair with then-President Bill Clinton while working as a White House intern. Lewinsky, only 22 at the time, endured a firestorm of media scrutiny and crude jokes as she was called before Whitewater prosecutor Ken Starr. The details of the sexual relationship between Lewinsky and Clinton became the subject of The Starr Report and served as grounds for Clinton’s impeachment.

Ryan Murphy had considered doing a series on Lewinsky as early as 2017 based on Jeffery Toobin’s book A Vast Conspiracy: The Real Story of the Sex Scandal That Nearly Brought Down a President. The Hollywood Reporter also reports that Murphy later reconsidered his decision, telling Lewinsky at a party that he would not do the show without her. “I told her, ‘Nobody should tell your story but you, and it’s kind of gross if they do. If you want to produce it with me, I would love that; but you should be the producer and you should make all the goddamn money,’” Murphy says.

American Crime Story: Impeachment will debut in September 2020, just before the 2020 Presidential election.