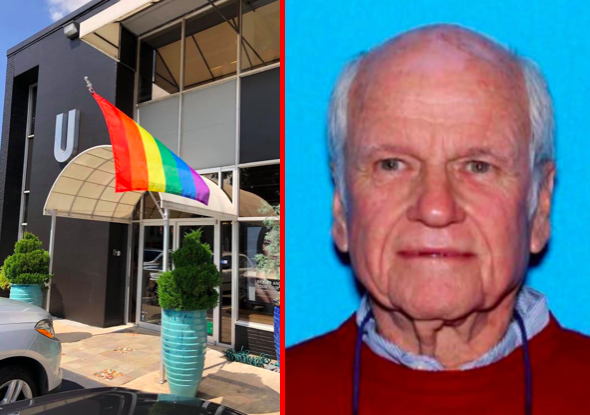 Police in Homewood, Alabama have just arrested a man in connection with a threatening note left at a downtown hair salon earlier this summer.

83-year-old James Willougby Wood is facing one misdemeanor charge of harassing communication after he allegedly taped a note on the backdoor of Salon U that read:

This is not San Francisco or or downtown Birmingham. This is Homewood which is a religious and family city. We suggest that you remove that flag before it’s too late. We are concerned citizens. Goodbye.

The note was in response to a rainbow flag the salon had displayed out front during Pride month. It was discovered by an employee as he was leaving work, who alerted the salon’s owner Issam Bajalia.

Bajalia called the letter “a little bit alarming,” particularly the part about removing the flag “before it’s too late.” So he called police and the Hate Crime Division of the FBI.

Detectives tracked Wood down by reviewing surveillance video and then picking him out of a photo lineup.

According to WBRC-TV, he turned himself in yesterday. Bond has been set at $300.

Related: Kid leaves note on gay couple’s door thanking them for giving her the courage to come out