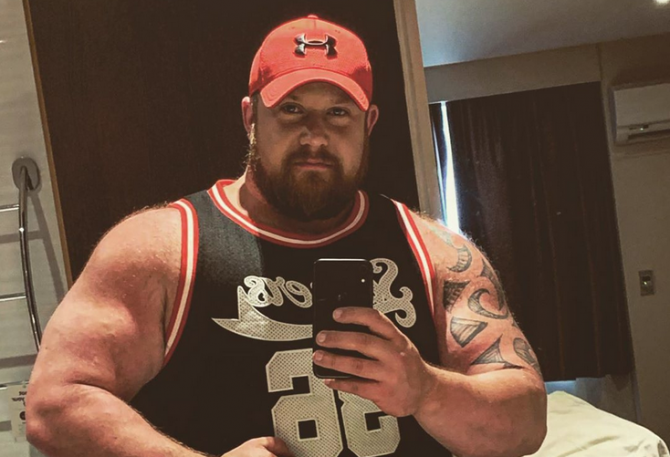 Unlike many of us, Chris “Big Bear” McNaghten can lift an adult male over his head. Like many of us, though, he’s also obsessed with RuPaul’s Drag Race. “Drag is about putting on a performance and about performing for people,” he says. “It’s the exact same way whenever I’m on stage competing.”

McNaghten attended his first Pride celebration in Belfast, Northern Ireland, this month, and his experience is one of the stories chronicled in the new BBC documentary My First Pride.

It’s a historic occasion for a man who has already made history. “I’m the first openly gay strongman to come out in the UK and Ireland, possibly even Europe,” he says in the documentary.

The 30-year-old said it was difficult to come out, even when it came time to tell a coach who had become a best friend. “I was just as nervous about telling him about it as I was about my dad,” he explains. “It was a wee bit emotional. That was just a massive weight off my back.”

Once out of the closet, though, McNaghten looked forward to attending his first Pride in his home country with his fiancé, Jon, even though same-sex marriages are still illegal in Northern Island.