‘Stranger Things’ might just have another gay character after all 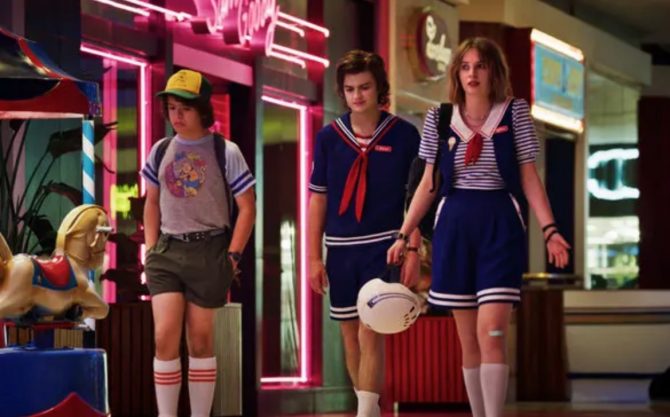 Queer fans of Stranger Things might have just gotten a new reason to celebrate: notes from the original pitch meeting for the show reveal that Will Byers (played by Noah Schnapp) has “sexual identity issues.”

Normally sexual identity issues wouldn’t be a good reason to celebrate. That said, the revelation comes on the heels of Season 3 of the popular Netflix series, which had already ignited significant debate over the character’s sexuality. This season Will’s (Finn Wolfhard) friend Mike tells him “It’s not my fault you don’t like girls.”

The line caused quite a stir among fans, especially after the show added the out lesbian character Robin, played by Maya Hawke. That led to even further speculation surrounding Will’s sexuality.

Related: Spoiler Alert! ‘Stranger Things’ might get much gayer

Now notes from the original pitch meeting for Montauk–the original title for the show–reveal that creators The Duffer Brothers may have had Will in mind as a queer character from the start. Documents from the pitch describe Will as “WILL BYERS, twelve, is a sweet, sensitive kid with sexual identity issues. He only recently came to the realization that he does not fit into 1980s definition of ‘normal.’ His innocent choices, such as his colorful clothes, prove a constant source of bullying. Like Mike, Will escapes through fantasy gaming, where he can be himself, uninhibited. He has a close relationship with his mother, Joyce. His brother, Jonathan, helps raise him in lieu of their father, who abandoned them four years ago.”

Sounds pretty gay to us. Of course, plenty in a series can change from pitch to release, much like the title of the show. That said, what’s of note is how closely the Will of the final series resembles this original description. Does this mean Will might get a coming out episode in the future?