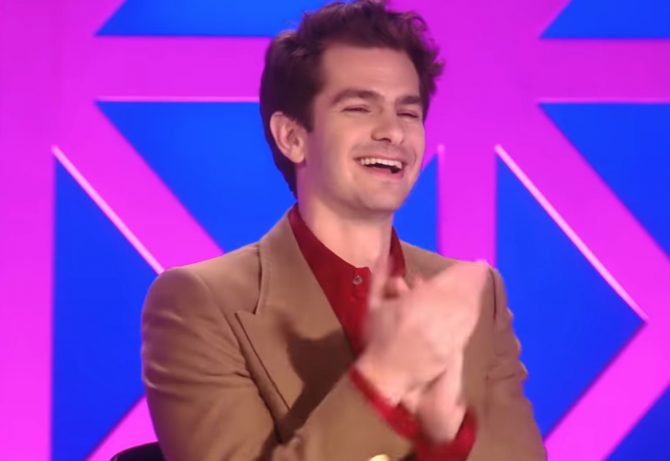 Hunky Oscar-nominee Andrew Garfield says he has gone to “gay heaven” after filming an appearance on RuPaul‘s Drag Race UK.

Garfield dropped in among the judges for the inaugural season of the popular reality show, along with RuPaul, Michelle Visage and comedian Alan Carr. In the first clip released from the show, Garfield expresses his gratitude.

“Ru, I am so happy. I feel like a competition winner, and the prize is a day in gay heaven. Thank you so much,” Garfield beams.

“I’ll let you know what gay heaven is in just a little bit!” RuPaul says, looking quite thirsty. Not that we blame him…

Other celebrity judges for the season include Geri Halliwell Horner, singer Cheryl and Twiggy.