PHOTOS: Meet Alec Smith, the CrossFit athlete who just burst out of the closet 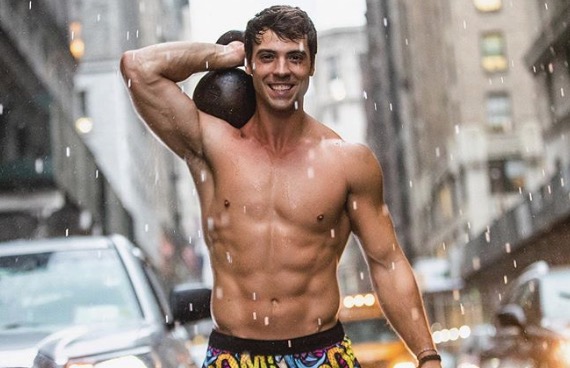 A CrossFit athlete and popular Instagrammer has come out of the closet in a candid and touching post.

“I know this isn’t a fitness related post, but there’s been something on my mind that I’ve been wanting to talk to you guys about for a while now.”

He went on to share that he first became aware of his sexuality during adolescence and that he “hated” himself because of it.

“Ever since I was a kid, I told myself that I was never gonna tell anybody and figure it out when I’m older,” he said. “And I’m older, and I’m still figuring it out now. I still don’t really know who I am and it’s okay. It’s okay to not know who you are.”

For the many people struggling with the same issues, Alec advised:

The response was overwhelmingly positive.

“proud of you! thank you for sharing your truth. congratulations & welcome to the fam!”

And the sentiment was repeated hundreds of times in other comments.

And just because we’re here already, here’s a taste of his other posts:

When you realize the Games are over ????? That post Games depression is real, anyone else agree?! ????? ????????? I am excited to settle in and relax a bit this week, and am even more excited to start preparing for next year. So much can be done between now and then. ????????? With the help of my @steadymd doctor, I’m ready to figure out what I can do between now and then to maximize my training. My doctor knows that true healthcare is not just sick care. It’s working together to keep me healthy, long-term. It’s extending my CrossFit career for as long as possible, and helping me optimize the way my body works. ????????? Having a doctor that not only knows my sport but who also does CrossFit themselves is a complete game changer. But it’s not just for competitors. If you want a doctor that can help you make long-lasting lifestyle changes and be proactive about your health, then check out @SteadyMD. Link in my bio for more info ? ????????? ? @jonpaynephoto #CrossfitGames #Fitness #Crossfit

The @rxsmartgear EVO Speed rope’s always got my back. Best jump rope in the fitness industry. Grab a pair of my custom made gymnastics grips while you’re over there. Won’t regret it ????

New season, new changes to the sport. Not really certain as to what is going to happen this year… but when nothing is certain, anything is possible. Excited for the opportunity ?? ????????? ? @76baltazar

Sundays – Sleeping in, eating what you want, and kicking back while binge watching multiple movies. ????????? Murder on the Orient Express followed by Hitman’s body guard. What should I watch after? ?