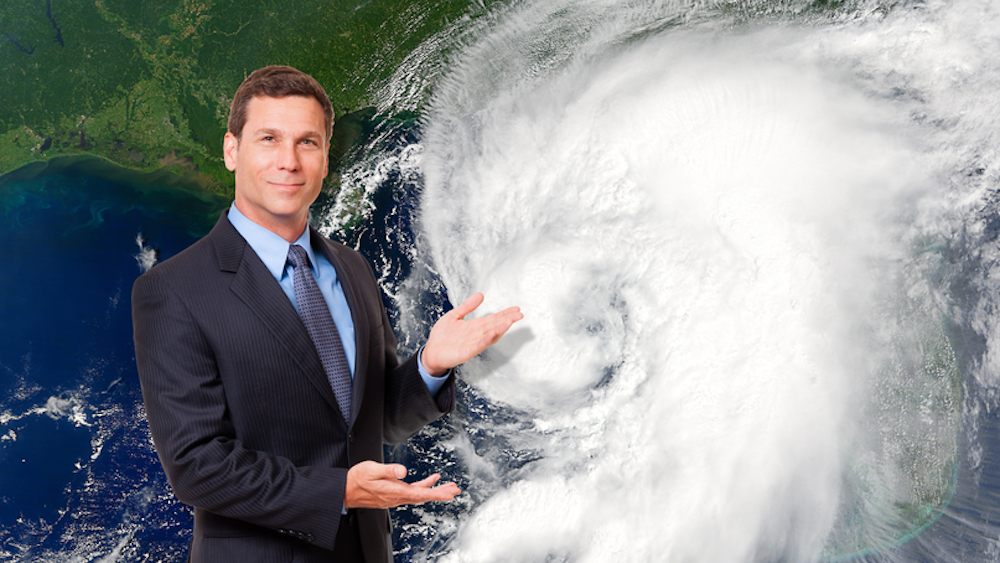 Hurricane Dorian, a Category 5 hurricane with wind speeds around 185 to 220 miles per hour, has already hit the Bahamas and is expected to possibly hit Florida as early as Monday evening — it could also hit Georgia and the Carolinas. Regardless, if it hits the U.S. at all, the gays will be blamed for it.

In all seriousness, Dorian could cause flash floods with 12 to 30 inches of rain. Authorities on the east coast have warned people to avoid sailing in the Atlantic Ocean and some Florida airports are already closed. Authorities have also told residents in Dorian’s path to store enough food, water and gas to last at least a week and to prepare to possibly be without power for several days or longer.

The governors of Georgia and South Carolina have ordered more than a million people to evacuate  — a U.S. government website has advice for those who need preparation advice; additional advice is also here and here.

Related: Now the right is claiming Hurricane Michael was created by Democrats to revenge Kavanaugh

That being said, you just know some conservative or evangelical dillhole is gonna turn around and blame teh gayz for ticking off God so much that she had no choice but to send a hurricane to punish everyone for our love of drag queens, gay cartoon rats marrying each other, the “transgenderds,” glitter eyeshadow and butt stuff.

How do we know this is going to happen? Because it has happened numerous times before.

Naturally, these people are bonkers and would rather peddle their stupidly hateful thoughts on the divine and meteorology rather than doing something to actually help hurricane victims.

1. It fits with their view of an angry Old Testament God who destroyed Sodom and Gomorrah for being too gay (even though the cities were actually destroyed for being wicked and inhospitable to visitors).

2. It allows them to align their own hateful views as “holy and religious” (making them feel like they have a powerful connection to the divine) and to delight in their own perverse desire to see violence rain down on queer people, our allies and a society that accepts us. Ever notice how God’s biases always seem to match that of the haters?

3. It lets so-called Christians to paint queer people as antithetical to God. As such, they can ignore any criticisms we queers have about how the Christian church could be more just, loving and socially progressive. After all, why should any true believer listen to us God-hating queer sinners? Now they can just ignore or hate us no matter what we do because our very being is wicked at heart.

4. It provides a strange hope to people with anti-LGBTQ bias that they are not the problem, society is. In a culture where LGBTQ acceptance is increasingly the norm, those who fear queers can take solace in the idea that God actually wants to rid the world of us weirdos. Heck, God cleansed the world of evil with Noah and the Great Flood. Perhaps God will do it again and true believers will live in a righteous world afterwards… even if billions have to die in the process.

5. It gives cover to other “Christians” to act violently against queer people. After all, if God hates us so much that she’s willing to destroy the righteous and the wicked in a category 5 hurricane, then God would probably approve of her followers wiping us off the face of the Earth, too, right? Now go grab that baseball bat or gun and go do God’s good work — who knows? You might even kill enough of us to stop the next hurricane.

The only hurricane you can actually blame the gays for is Hurricane Bianca — several gay men helped create that.