He spent 20 years peddling “ex-gay” therapy, now he says it was all ‘a lie’ 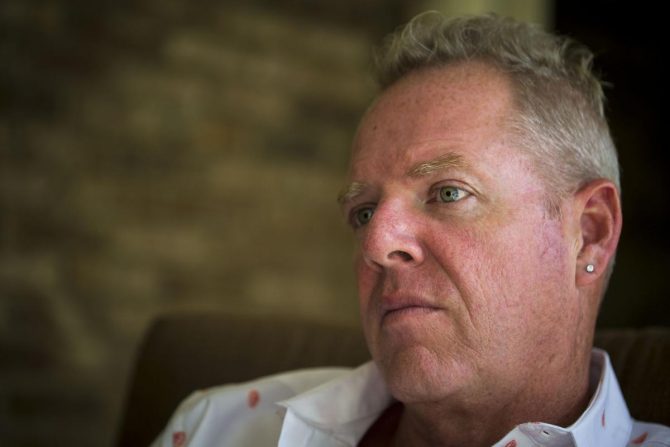 McKrae Game spent 20 years promoting “ex-gay” therapy and was once considered a leading voice in the conversion therapy movement as head of Hope For Wholeness, a homophobic hate group that claims to help people “discover a way out of homosexuality.”

That is until June of this year, when he came out as gay. Now, he says he’s disavowing his former organization and hopes to undo some of the damage he caused.

“Conversion therapy is not just a lie, but it’s very harmful because it’s false advertising,” he tells the Post and Courier in a new interview.

Related: Horrific gay conversion camps like this one are legal in states that’ve banned ex-gay therapy

51-year-old Game, who now identifies himself as “former ministry leader know-it-all,” goes on to call the whole “ex-gay” thing “a lie” that has “harmed generations of people.”

“We’ve done wrong,” he says. “We need to admit our wrongs and do what we can do to stop the wrong from continuing to happen.”

“I was a religious zealot that hurt people. People said they attempted suicide over me and the things I said to them. People, I know, are in therapy because of me. Why would I want that to continue?”

At one time I was working with so many youth that I had a weekly youth group, where they’d share why they were there, and I would guide them in how to not be gay. What a sad commentary of my past verses today, or a bad joke as many may see it. I believe all of these young men are now out/gay and one that I worked with for many years is married to a man and living in San Francisco. I hope to catch up with him. I believe I’ll message him today. Hopefully he’ll not be too angry with me. When the reporter asked me if I’d like to see Hope for Wholeness shut down, I said I’d like all exgay ministry and conversion therapy counselors and organizations shut down. I told him I believed the only positive and productive use for HFW and exgay ministry is for those that believe that homosexuality is incongruent with their faith, to receive and have a community of like minded people so that they can live healthy lives, and in the end that was what I was trying to do. Today, I’m thankful to have it all behind me.

20yrs in exgay ministry I WAS WRONG! Please forgive me! ??Unpacking the memories. In the discussions leading up to The…

“I want all ex-gay ministry dismantled,” Game tells the Post and Courier. “We have harmed generations of people.”

“I hope they just give me the chance to talk to them so I can hear them out and apologize.”

Related: America’s most notorious ex-gay center is still operating. Will it finally be stopped?