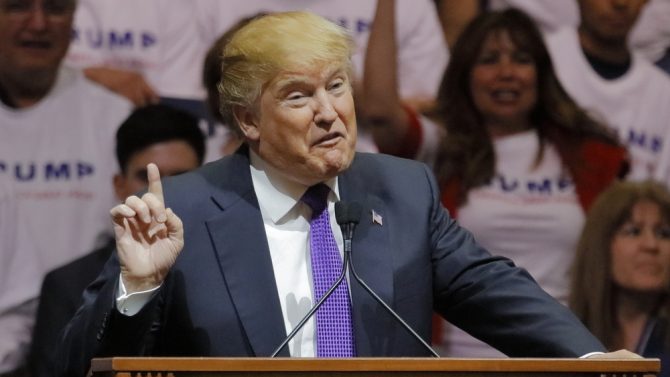 Fresh from his pledge to help expand LGBTQ rights at the United Nations this week, Donald Trump now faces wide, international criticism for his treatment of queer rights at home.

“Donald Trump’s words at the U.N. do not just ring hollow – they are an unadulterated lie. His administration has done nothing to protect LGBTQ people at home or abroad,” Zeke Stokes of the U.S. gay rights group GLAAD said in a statement.

At the UN, Trump declared: “We stand in solidarity with LGBTQ people who live in countries that punish, jail or execute individuals based upon sexual orientation.” Homosexual conduct remains illegal in 69 countries, the overwhelming majority of which are in Africa. At least six of those countries punish homosexuality with death.

Apart from his words, critics also point out that Trump and his administration have actually walked back a number of advancements or protections of the queer community. That includes banning transgender people from serving in the military, arguing that employers have a right to discriminate against LGBTQ employees before the Supreme Court, and allowing medical or adoption agencies to deny care or services to queer people. Furthermore, detractors also point out that Trump has bad taste in friends: he selected noted homophobe and supporter of conversion therapy Mike Pence as his running mate in 2016 and enjoys spending time with self-proclaimed “proud homophobe” Jair Bolsonaro, President of Brazil.