Caitlyn Jenner Celebrates Her Birthday, Fans Stunned To Find Out Her Real Age

Caitlyn Jenner was joined by a group of her family and friends for her birthday dinner. She turned 70 on October 28th, but you would not be able to tell from looking at her! She looked incredibly…

AARON SORKIN. Playwright and screenwriter of The Social Network sends open letter to Mark Zuckerberg: “But this can’t possibly be the outcome you and I want, to have crazy lies pumped into the water supply that corrupt the most important decisions we make together. Lies that have a very real and incredibly dangerous effect on our elections and our lives and our children’s lives.”

THE GOSPEL OF KANYE WEST. Kim Kardashian is a believer.

WITH A STRAIGHT FACE. Donald Trump Jr: “I wish my name was Hunter Biden. I could go abroad and make millions off my father’s presidency. I’d be a really rich guy.”

GETTING SERIOUS. Senate shifts tone on impeachment: “While no Senate Republican has said the charges against Trump rise to the level of being an impeachable offense, many have expressed concern over the drip-drip of damaging revelations.”

CARLY SIMON. Trump “was all over me like ugly on an ape.” “I don’t think there’s much interest outside himself,” she said. “What will happen with a narcissist is that they’re interested in themselves and anything that’s an extension of themselves, perhaps their children, but he’s not interested in the philosophy of great thinkers, I suspect.”

SCAM OF THE DAY. Playwright Jeremy O. Harris gets Seth Meyers to pay for premium tickets for 10 people to his play, Slave Play (our review here).

ICELAND. Bishop of Iceland apologizes to gay and lesbian community: ‘Bishop of Iceland Agnes M. Sigurðardóttir has apologised to the gay and lesbian community of Iceland on behalf of the country’s National Church. The apology was made during an interview on talk show Kastljós yesterday evening. Reporter Einar Þorsteinsson asked Agnes about the position the previous Bishop, Karl Sigurbjörnsson, took on same sex marriage. In 2016, under Karl’s leadership, the National Church strongly protested a bill introduced to protect the rights of homosexual people. The bill proposed granting pastors within the National Church the authority to wed same sex couples. In an interview taken at that time, Karl stated “I think we owe it to [the institution of] marriage to not toss it on the garbage heap without considering what we’re doing.”’

PSA OF THE DAY. Alex Trebek talks about his pancreatic cancer. “In nearly every country, pancreatic cancer is the only major cancer with a five-year survival rate in the single digits. Now, in order to help patients fight and survive this disease, more attention and awareness are needed. I wished I had known sooner that the persistent stomach pain I experienced prior to my diagnosis was a symptom of pancreatic cancer.”

HONEST TRAILER OF THE DAY. The Shining.

One of Donald Trump’s judicial nominees, anti-LGBT+ lawyer Lawrence VanDyke, broke down crying at a hearing when accused of being anti-LGBT+. The Senate Judiciary Committee held the confirmation hearing on Wednesday, October 30, to help decide whether VanDyke would be fit to serve as a judge on the US Court of… 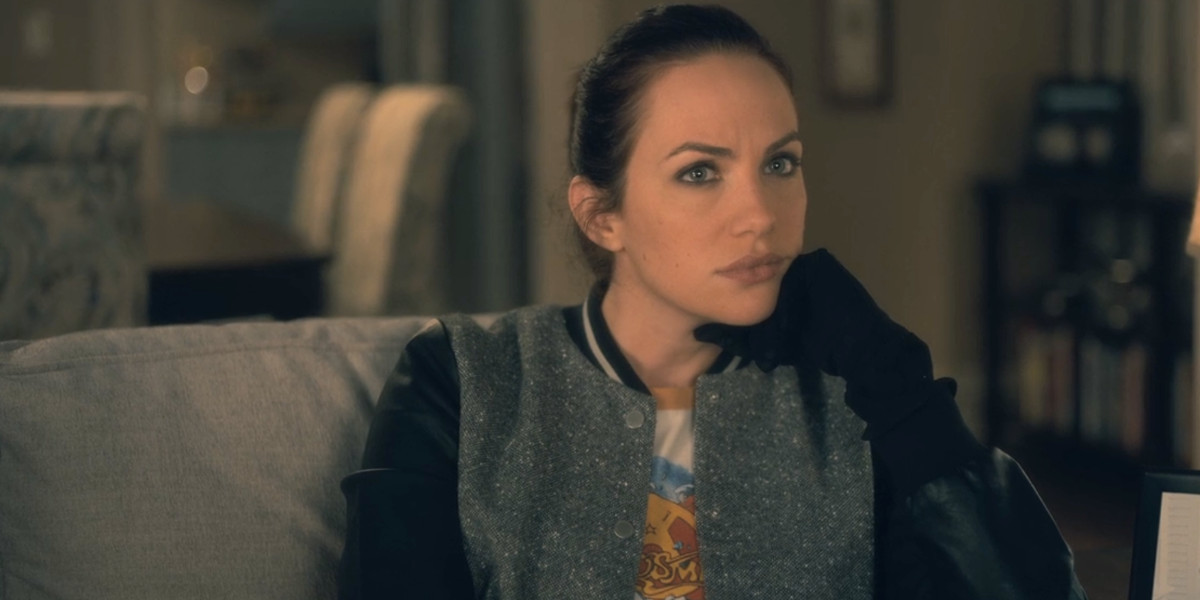 “I have enough of my own grief, I don’t need yours, too.”

Delta Shows Rocketman 'Stripped' of Gay Scenes, Including a Kiss The biopic of Elton John’s life has been degayed for airline audiences.

Queer Eye’s Karamo Brown spoke out again about his relationship with Sean Spicer after his elimination from Dancing with the Stars on Monday and according to Brown, his friendship with the former Trump Press Secretary has blossomed.

Brown deleted his Twitter account in August after joining the show in response to backlash he received for remarks that he was “excited to sit down w/ [Dancing with the Stars co-star and former Trump Press Secretary Sean Spicer] and engage in a respectful conversation.”

Before deleting his Twitter, Brown had tried to clarify his remarks, but that didn’t go tell well either: “A trained social worker and my first instinct is always to sit down and have a conversation. But I understand how my comments could lead people to believe that I don’t understand the gravity of the situation. The personal is political… I’m reminded of it daily as a gay man of color. I know that representation matters–that it can affect change. I see you & I hear you. I’m bringing my personal message of love, equity & inclusion to the dance floor. I want it to eclipse & triumph over divisiveness & hatred.”

“Sean is literally someone who I would’ve never thought I could be friends with, and I’m going to walk away from here calling him a friend,” Brown added. “I’m going to continue the conversation that we’ve had outside of this. And I don’t think Sean’s going to make it to the end [of the competition], but I’m proud of him. I really am proud of him, because he’s had fun every week and I think he’s exceptional.”

Said Spicer of Brown: “It just speaks to what a great person he is, that he’s trying to bridge divides.”

Popeyes has announced the return of its much-loved chicken sandwich, while also throwing serious shade at anti-gay Chick-fil-A. The sandwich was originally released by Popeyes during the summer, but was in such high demand that the chain ran out of stock by August. The chicken chain released a video to announce the…

LET ME TELL YOU SOMETHING… Whoopi Goldberg checks Meghan McCain on The View.

2020. Pete Buttigieg files for New Hampshire primary. “Buttigieg told reporters he saw a path to victory in New Hampshire, though a poll released Tuesday showed that he was the first choice of just 10% of likely primary voters —behind Sens. Bernie Sanders and Elizabeth Warren, and former Vice President Joe Biden. Buttigieg said he thinks many voters are still undecided about their choices and could still vote for him.”

LAST CHRISTMAS. Emma Thompson says George Michael gave her his blessing to do the film based on his music.

RISING SEAS. New study presents far more dire outlook than scientists thought: “The projected flooding from that sea-level rise threatens hundreds of millions of people and vast amounts of infrastructure along coastlines across the planet. Scientists have attempted to estimate the number of people at risk, but according to a new study, all those numbers have been far too low.”

ESTANISLAO FERNANDEZ. The son of Argentina’s president is gay and a drag queen.

TIN ROOM. Dallas-based gay nightclub to open location in San Diego’s Hillcrest neighborhood: “Dallas-based The Tin Room bar and restaurant has become somewhat of an underground cult sensation in the Oak Lawn area of Dallas. The Texas club is literally made with tin walls and stacked with around 60 “buns, abs, and bad boys” who entertain guests throughout the night.”

HALLOWEEN COSTUME OF THE DAY. The Pixar lamp.

CANDID CONVO OF THE DAY. Lady Gaga and David Beckham. Lawrence VanDyke, a Trump nominee to a federal appeals court, got teary in a Senate hearing, but his anti-LGBTQ record speaks for itself.