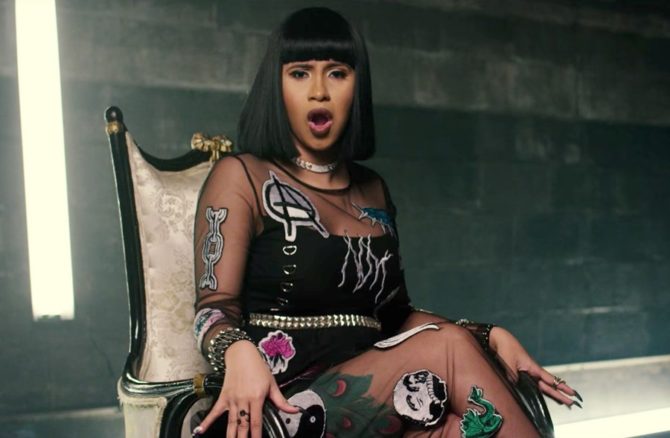 Rapper Cardi B. has waded into the headlines yet against. This time, the artist has clapped back at detractors who continue to claim she is homophobic and transphobic.

Cardi has endured allegations of queerphobia both over her lyrics and over social media posts since rising on the charts two years ago. Most notably, her appearance in Rita Ora’s song “Girls,” which featured lyrics about lesbian relationships titillating men, endured attacks from out-queer artists like Hayley Kiyoko and Kehlani.

At the time, Cardi defended herself by revealing that she’d had “experiences” with women. Now Cardi B. has doubled down on those comments, striking back at Twitter followers who continue to accuse her of homophobia and transphobia.

“I’m not transphobic,” she said recently in a now-deleted tweet. “Ya love dragging that. Have I said some remarks in the past that I apologized for YES I’m from a place that people have closed mindsets so we might not know what insults other or not I never disrespected no trans nor nobody from LGBT.”

When a fan accused her of needing the LGBTQ community to give her style makeovers, she snapped back hard.

“B*tch my sister is gay! My best friends are gay butch women I’m a whole bisexual so wtf are you talking,” she tweeted out.

Cardi B. first topped charts with her rap “Bodak Yellow,” and has since become something of an ironic queer icon. She remains quite outspoken about political issues, having expressed admiration for Senator Bernie Sanders’ Presidential bids, and for harshly criticizing the Trump Administration.

Last month, she made her big-screen debut playing a stripper in Hustlers.

Related: Cardi B. slams Jussie Smollett; Dave Chappelle jokes he “wants to break a dollhouse over his head”