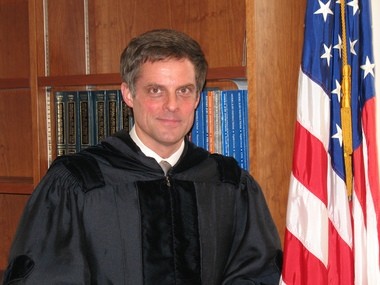 A Michigan judge has issued an injunction allowing a Catholic-based adoption agency to continue denying services to same-sex couples and leaving children without families. The agency maintains its discriminatory policies are protected as a form of religious freedom.

District Judge Robert Jonker ruled against Michigan’s Attorney General Dana Nessel–who is an out lesbian–and in favor of St. Vincent Catholic Charities. During her run for political office, Nessel vowed to terminate all state funds with religious-based adoption agencies that denied services to gay couples.

In his ruling, Jonker slammed Nessel for labeling religious-based adoption agencies as “‘hate mongers’ who disliked gay people more than they cared about children.” He elaborated: “The State’s real goal is not to promote non-discriminatory child placements, but to stamp out St. Vincent’s religious belief and replace it with the State’s own.”

Jonker, an appointee of George W. Bush (this is why elections matter, folks!), also struck down Nessel’s ban on state funds for religious adoption agencies saying it “would disrupt a carefully balanced and established practice that ensures nondiscrimination in child placements while still accommodating traditional Catholic religious beliefs on marriage.”

Both Nessel and the ACLU criticized Jonker’s decision, and have vowed to continue the fight.

“Today’s ruling requires the state to put the individual religious beliefs of foster care agencies ahead of the welfare of children,” said Jay Kaplan, a spokesperson for the ACLU of Michigan’s LGBT Project.

“This will not facilitate foster and adoptive placements for children in need. Instead, it will allow agencies to turn away same-sex foster parents who are able to provide supportive and loving homes for these children.”

“This decision places the religious beliefs of adoption and foster care agencies above the needs of children and youth. If an agency like St. Vincent Catholic Charities refuses to work with same-sex foster or adoptive parents, imagine what youth in care are likely to experience if they come out as LGBTQ or follow a different religious faith. It is critically important that our government, at the state and federal levels, place the welfare of children first, and ensure that individual contractors’ religious beliefs can never be prioritized over the needs of vulnerable youth in care.”