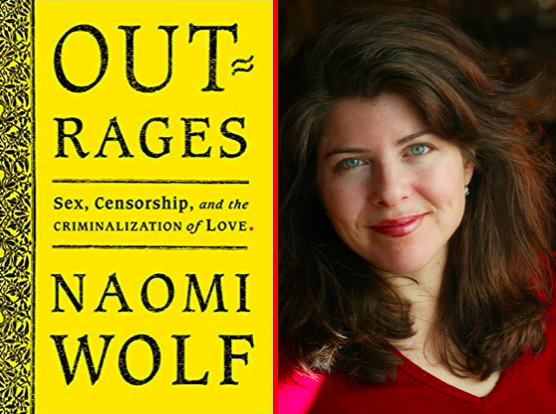 Houghton Mifflin Harcourt just canceled the U.S. publication of “Outrages: Sex, Censorship and the Criminalization of Love” by bestselling author Naomi Wolf after it was discovered she got wide swaths of information completely wrong.

The 400-page book examines the persecution of homosexuality in Victorian Britain and could have been a very useful resource for LGBTQ historians and the general public… if only the information Wolf provided in it was actually accurate.

In the book, Wolf writes about “several dozen” men who were executed by London’s Old Bailey court in the 1850s for sodomy. But it didn’t take long for fact checkers to find that the last recorded hanging for gay sex in Britain was 15 years earlier, in 1835.

The BBC reports that Wolf seems to have confused the 19th century legal term “death recorded” with meaning the men were put to death, when in fact it actually meant the opposite: that judges choose not to issue a death sentence and instead released the men from custody.

Not only that, but many of the cases she cites weren’t actually cases where men were tried for committing consensual homosexual acts.

At one point, Wolf writes about a 14-year-old boy who was allegedly put to death for sodomy. In reality, the BBC learned, the teenager had molested a six-year-old boy, which was not considered a consensual homosexual act and was instead considered an indecent assault. Not only that, but the teenager was never executed for it, like Wolf claims.

In an interview with Wolf, BBC host Matthew Sweet said, point blank, “I can’t find any evidence that any of the relationships you describe were consensual.”

Wolf now admits there were “misinterpretations” of facts in her book. She blames social media for getting the details wrong but insists that, despite her glaring errors, it doesn’t change the fact that men were executed during the Victorian era for committing homosexual acts… just don’t ask her for any specifics on it.

“Outrages” was already released in by U.K., but Houghton Mifflin Harcourt says it won’t be publishing the book in the United States, saying it has “mutually and amicably agreed to part company” with Wolf.