Wanna check out guys in sexy Santa Skivvies while raising money to fight HIV? Here’s how…

Did you know that just by dressing up or stripping down to your underwear and running or walking around the Castro half naked you can raise awareness and funds for HIV services in the Bay Area?

That’s right, all you have to do is sign up for the annual Santa Skivvies Run coming up on Sunday, December 8.

Celebrating its 11th year, Santa Skivvies Run is a San Francisco holiday tradition. Every year, hundreds of participants don their finest gay (under) apparel for a one-mile fun run through the Castro to support the life-saving services offered by the fabulous San Francisco AIDS Foundation.

Since it began, the event has raised a whopping $500,000 for the foundation.

“For a lot of people, it’s become an annual tradition,” explains Chris Hastings, founder of the event and owner of the event partner, the popular Castro bar Lookout. “It allows people to bust out and do something that’s really positive in a way that is a little out of the ordinary.”

And bust out they do. In addition to having the chance to show off their finest skivvies, registered participants also have the opportunity to earn some hella jolly fundraising awards: A camping mug, robe, and skivvies are all up for grabs for high-performing fundraisers.

Alex Locust, a past participant who currently is the second-highest fundraiser this year, says he participates because he loves seeing “an amazing cross-section of different communities within the Bay Area who want to come out, break down stigma, and help support the foundation.”

Don’t forget to use promo QUEERTY for $5 off registration.

Now take a look at all the sexy fun to be had at this year’s Santa Skivvies Run, all in the name of a great cause: 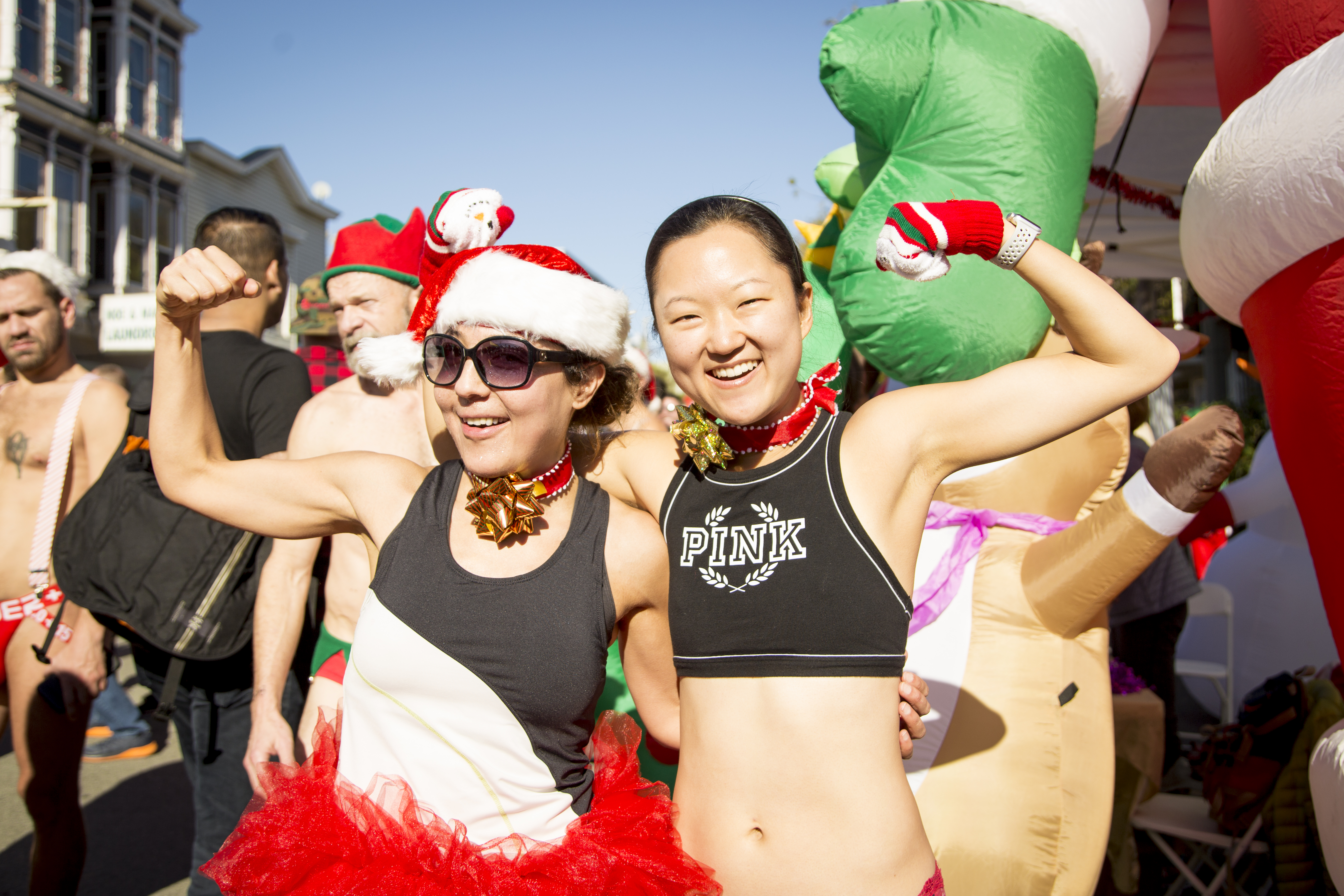 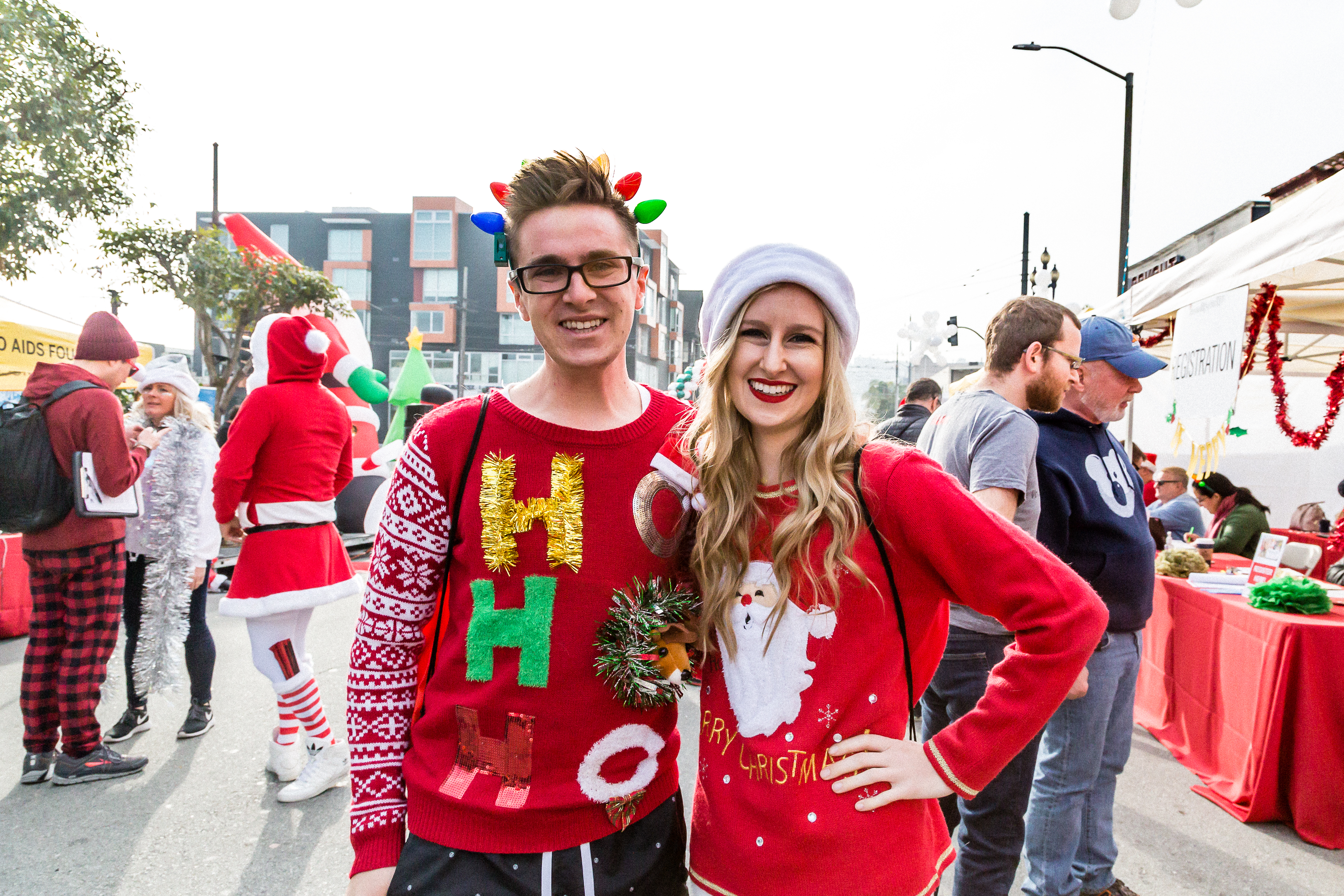 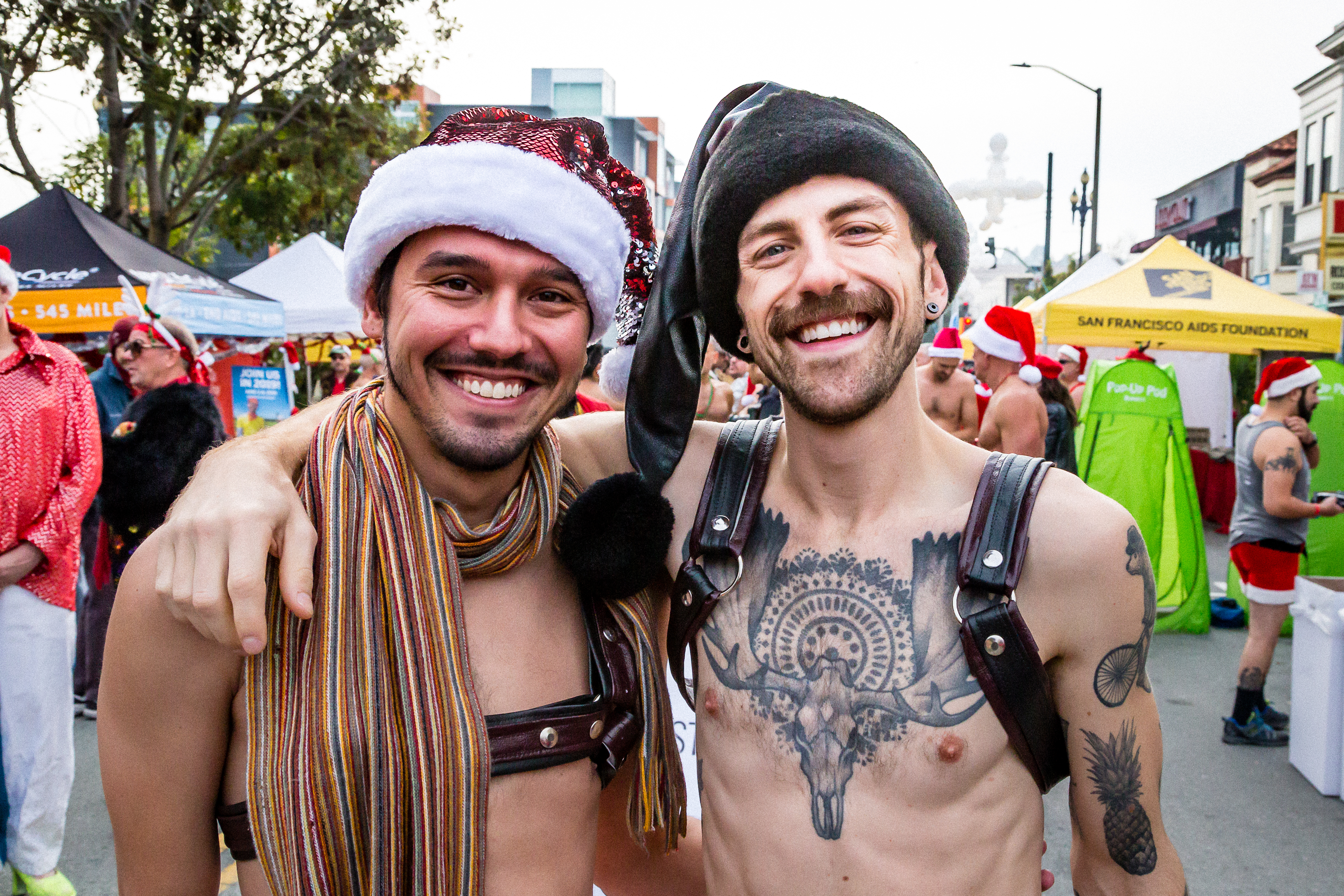 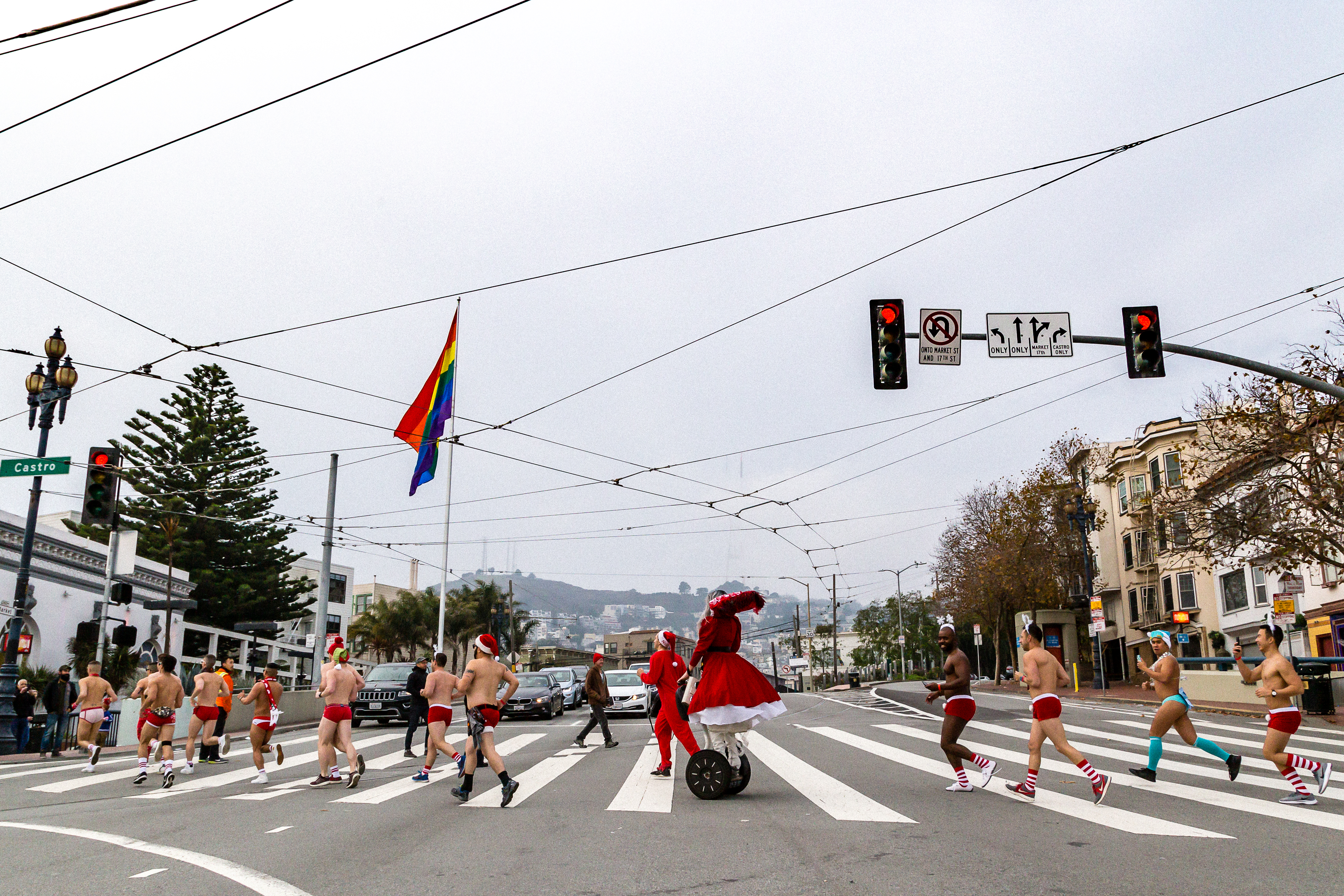 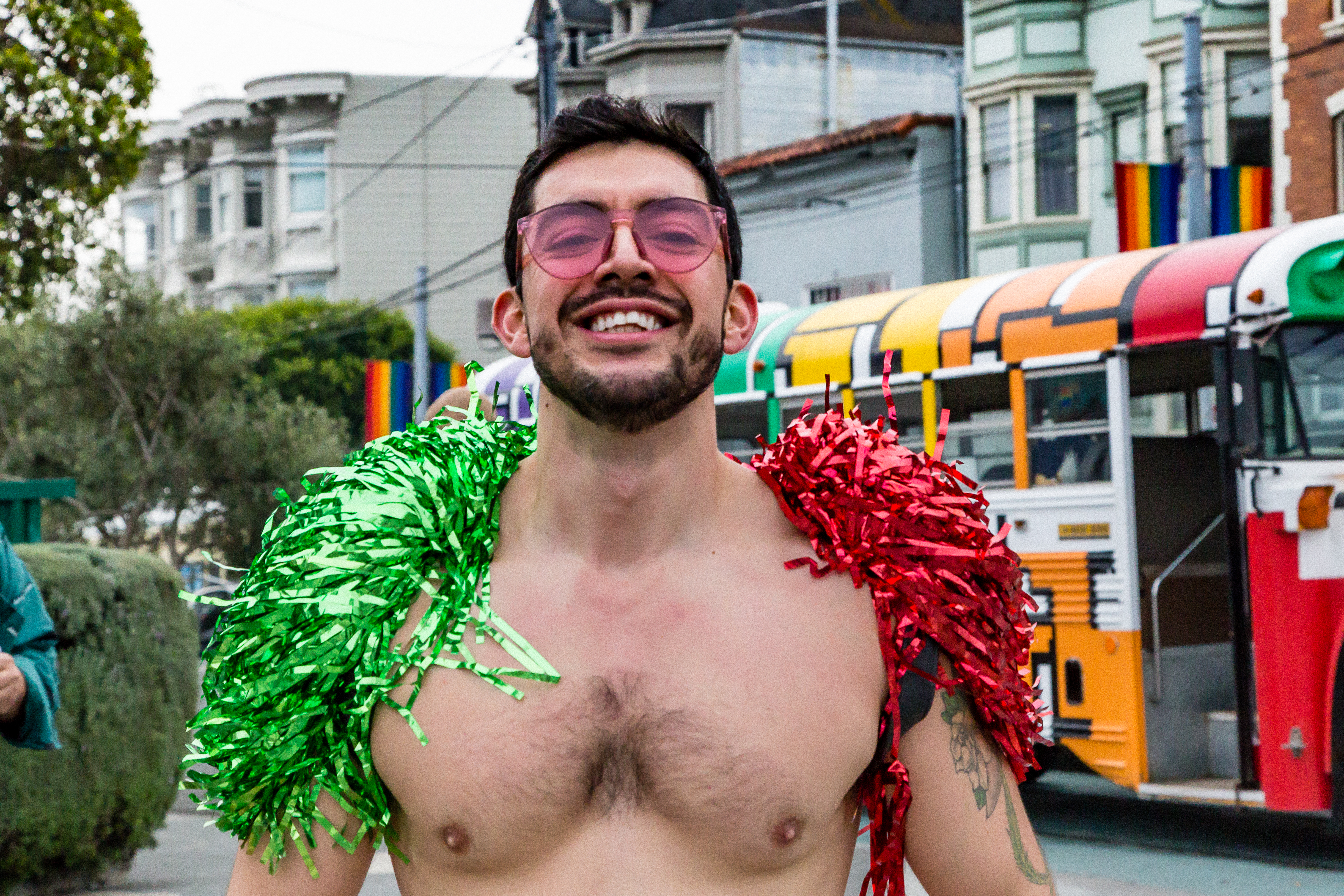 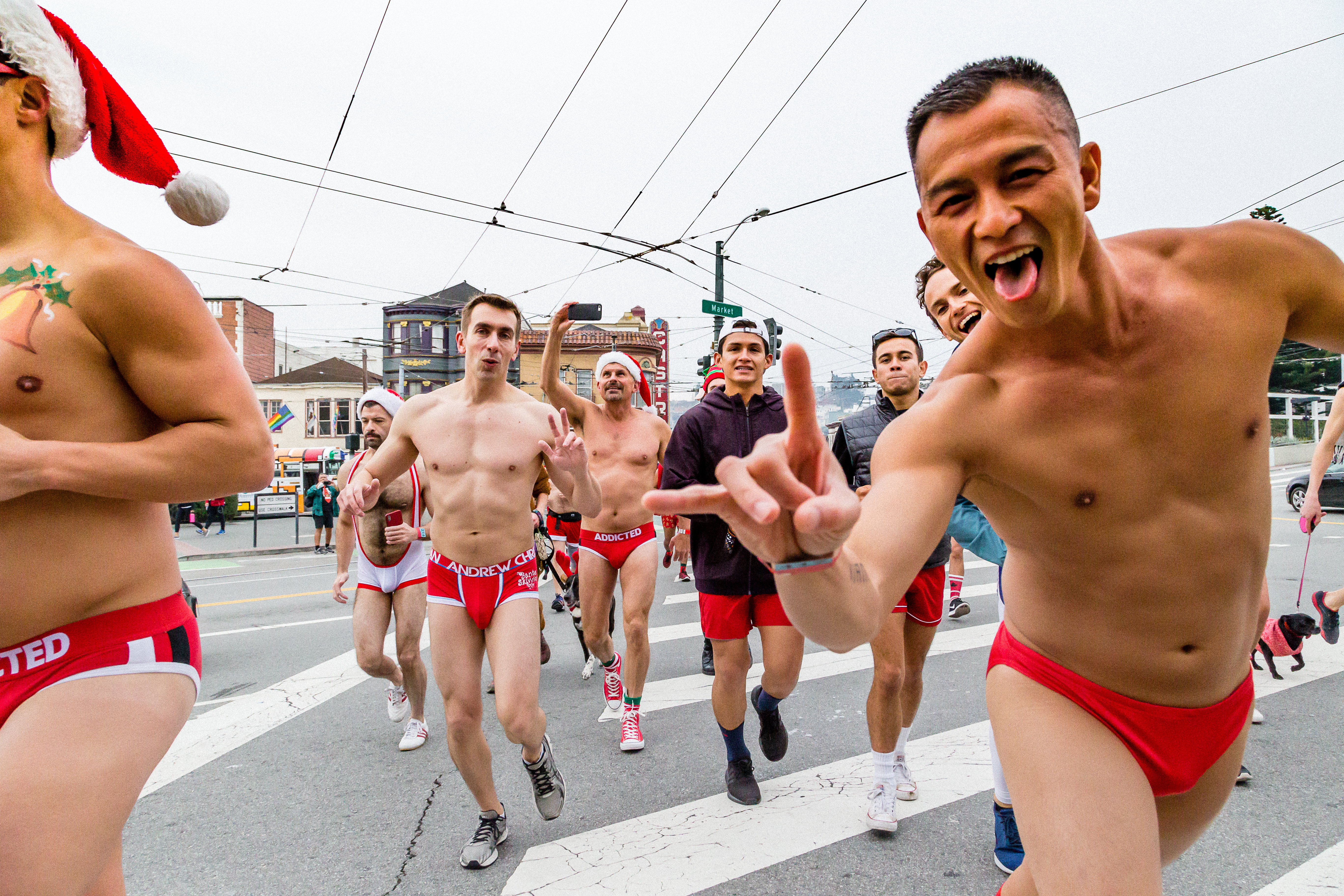 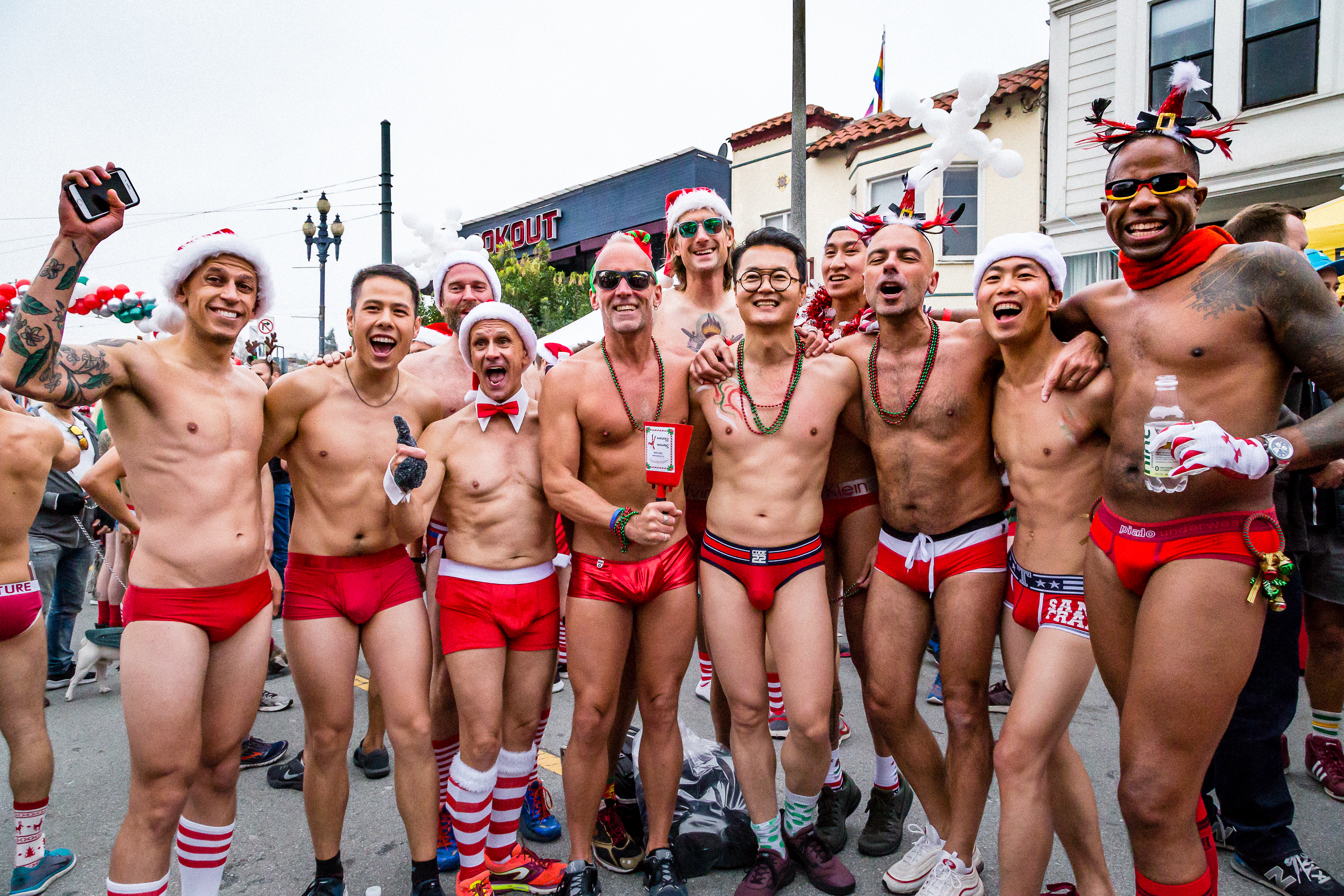 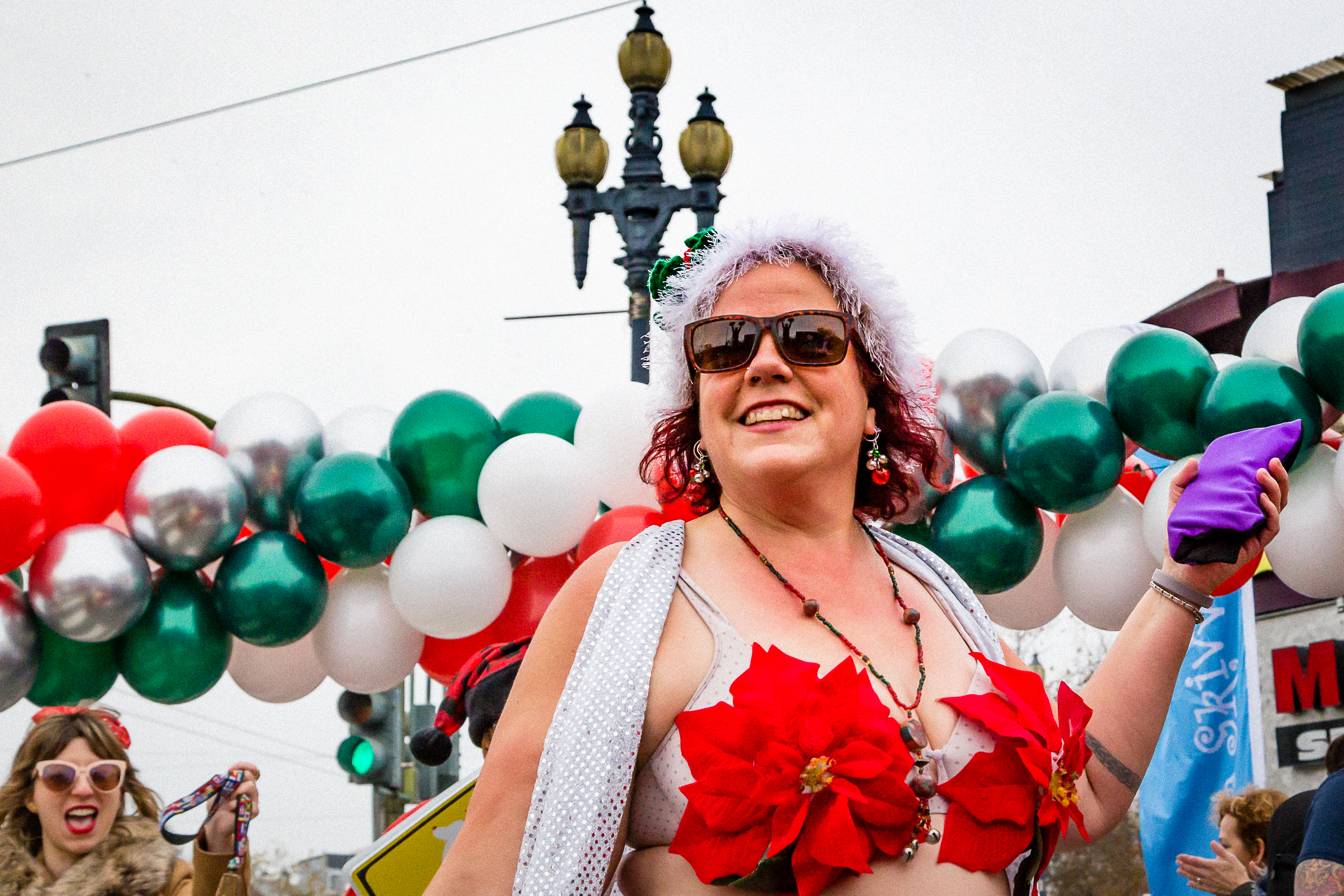 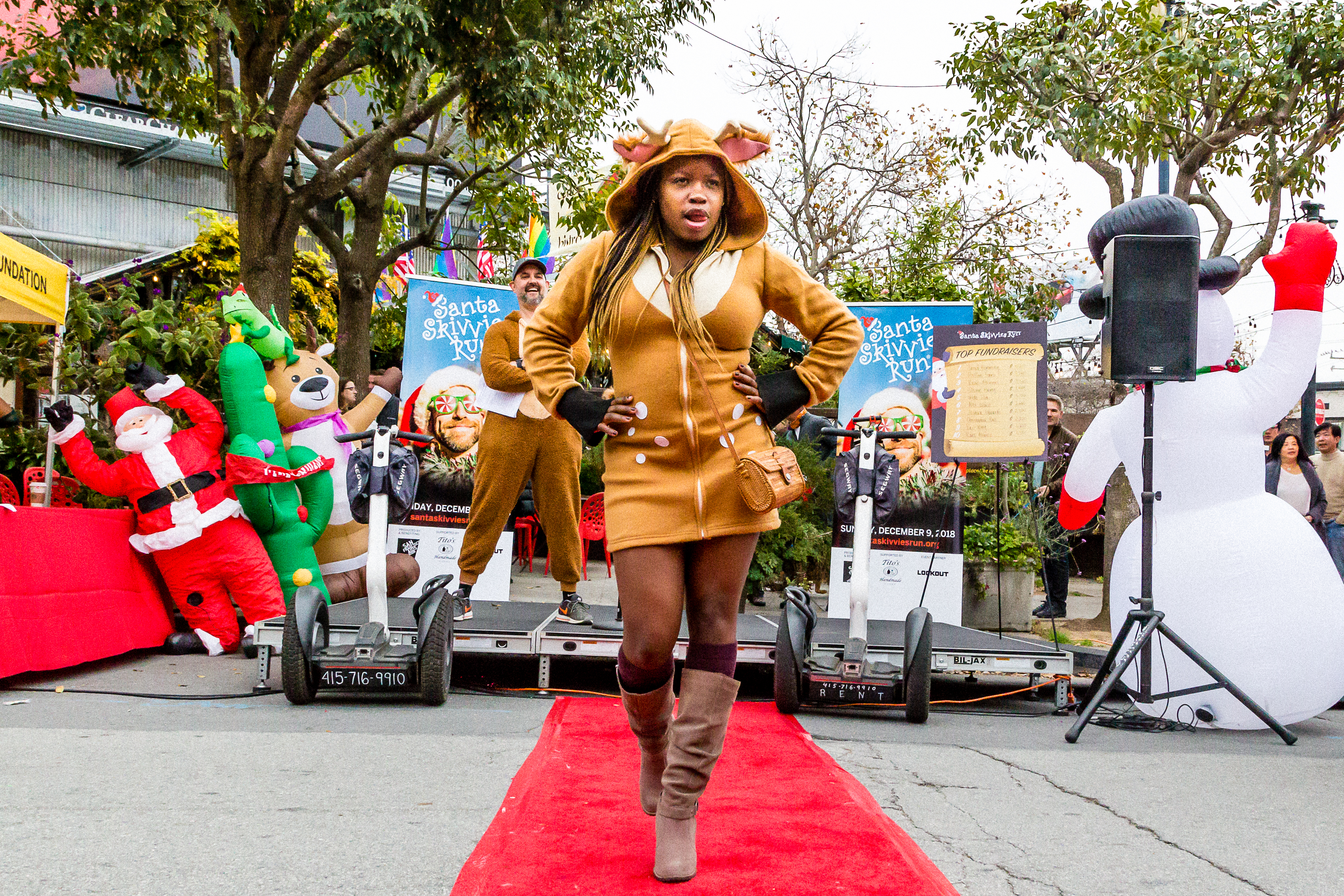 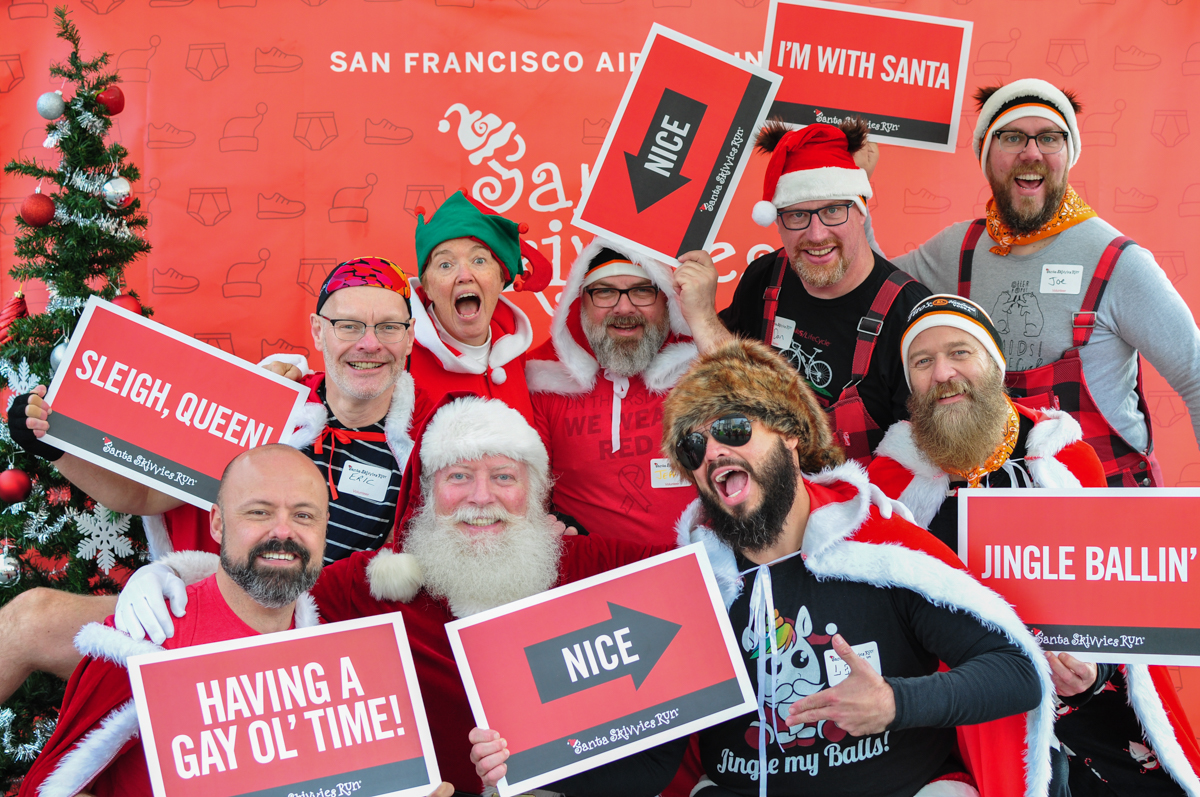 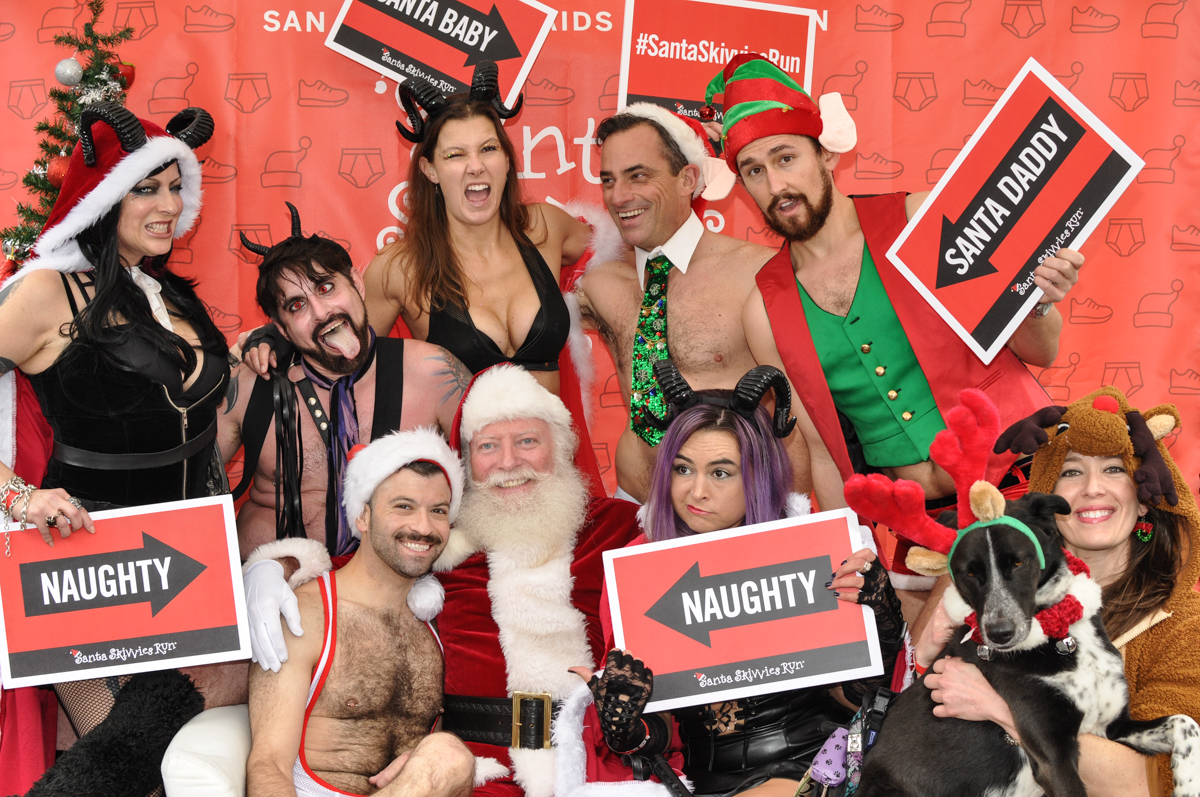 Don’t forget to use promo QUEERTY for $5 off registration