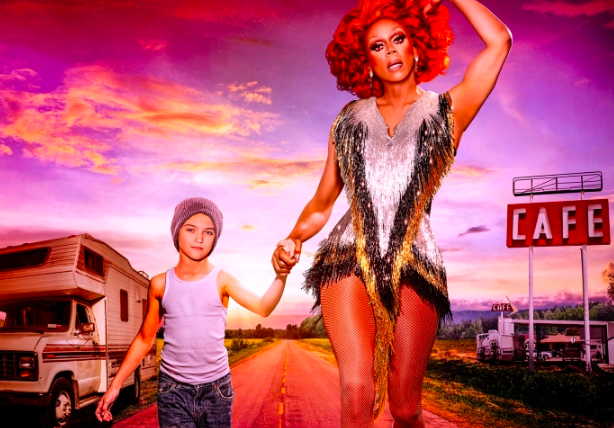 AJ and The Queen is an upcoming hour-long scripted comedy series starring RuPaul and co-written by RuPaul and Michael Patrick King. The series will debut on Netflix on January 10.

The show centers around Ruby Red, a “down-on-her-luck” drag queen who embarks on a cross-country tour a rundown 1990s R/V with her unlikely sidekick, an 11-year-old orphan named AJ.

The teaser trailer just dropped, and while it doesn’t offer many details about the show, it does feature the “legendary” Ruby Red serving up some seriously fierce looks as she prepares to hit the stage.