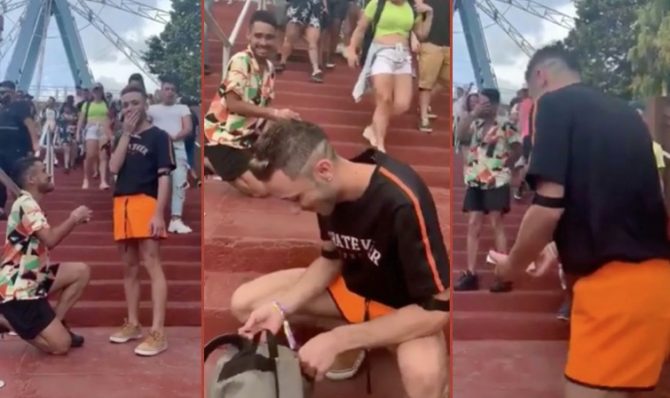 That all changed when Reddit user ihopebolsonarodies shared a video from a trip to the amusement park that he’ll surely be showing his grandkids one day.

Posted in the ‘Unexpected’ sub, the clip shows one man getting down on his knee to pop the question.

Related: This may be the steamiest, sweatiest proposal to date

His boyfriend pauses, then runs to his bag where he produces, you guessed it, a second ring.

The new take on an old classic struck a chord. The post has been upvoted 98K times and has received over 4.7K comments.

We’re pretty sure they each said ‘yes.’

Will you marry me? from Unexpected