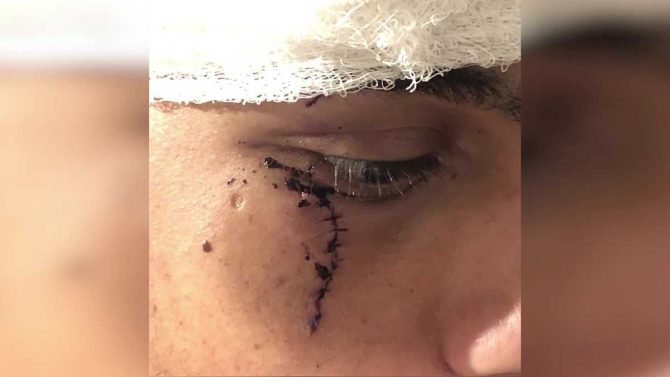 Police have arrested a suspect in the brutal beating of a gay man in Boston, reports WCVB TV.

The 25-year-old victim reported that he was walking down the street Tuesday when 58-year-old Eddie Smith began by shouting antigay slurs at him.

Smith then allegedly hit the victim in the head with a shovel before pulling out a box cutter and slashing him over the eye. He then fled the scene on foot, leaving his victim writhing on the ground.

Police arrived on the scene to find the victim bleeding heavily from a head wound.

Boston police later released a statement on Facebook, saying “Officers rendered first aid to the victim until Boston EMS arrived on scene and transported the victim to a local area hospital with non-life-threatening injuries.”

He required numerous stitches to his head and face.

The victim identified Smith as a man who had harassed him before over his sexuality. Police later apprehended Smith several blocks from the scene. They also recovered the boxcutter and shovel.

Smith faces charges of assault and battery with a dangerous weapon, a civil rights violation (hate crime), and mayhem.