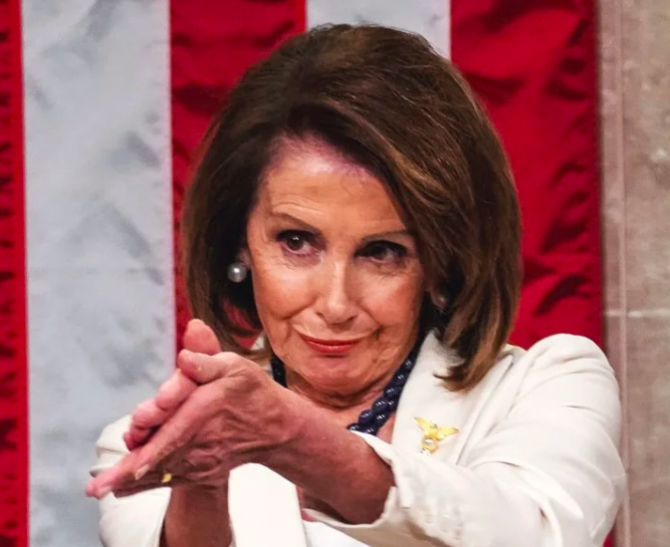 Nancy Pelosi suffers no fools. We already knew this, of course, but she once again reminded anyone who may have forgotten at a press conference this morning.

When reporter James Rosen asked her “Do you hate the president?” as she was leaving the stage at a press conference this morning, the House Speaker warned him not to “mess” with her.

“I don’t hate anybody,” she shot back before returning to the microphone.

“As a Catholic, I resent your using the word hate in a sentence that addresses me,” she scolded. “I don’t hate anyone.”

Pelosi then called the president “a coward” and “cruel” but said she still prays for him “all the time.”

The fiery exchange came shortly after House Democrats announced they would begin drafting articles of impeachment against the president.

In a rare display of anger, Nancy Pelosi marched back to the podium to defend her character when a reporter shouted “Do you hate the president” at the end of her press conference. (Watch at the end) The tense exchange came moments after House Democrats announced they’d start drafting articles of impeachment, and the Judiciary Committee is expecting evidence from impeachment investigators as early as this upcoming Monday. https://politi.co/34T3AT1

Related: Nancy Pelosi’s “f*ck you” clap to Donald Trump has been immortalized in memes for posterity