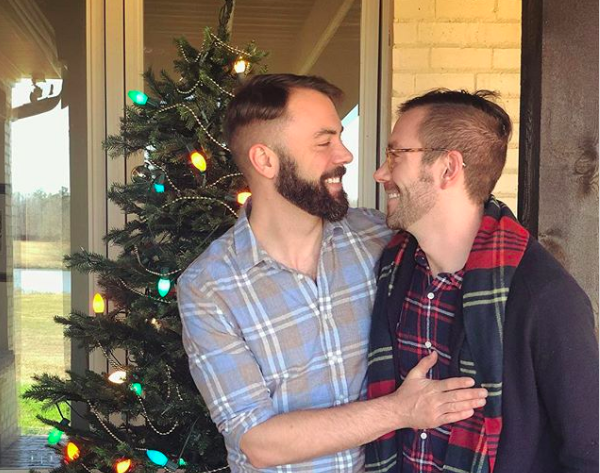 As the holiday season nears, we asked a series of influencers what about their deepest, darkest year-end secrets–in addition to what they hope to see under the tree December 25.

Kit Williamson is director and producer of the Emmy-nominated series EastSiders, which chronicles the lives of a group of friends in the Silver Lake neighborhood of Los Angeles. The fourth and final season just landed on Netflix.

What are you working on right now?
I’m excited about the fourth season. It’s a dark comedy about a gay couple and their friends in Silver Lake, California. And it’s certainly in the holiday spirit. The first season even takes place over Christmas.

This is a divided time in America, how will you use the holiday season to bring loved ones together?
Well, I know this first hand because I’m from Mississippi. The older I get the more I’m drawn back home to spread the gospel of gay to the south. My husband John and I actually literally brought our families together over Thanksgiving; his folks road-tripped down to meet mine in The Ozarks.

Related: Kit Williamson on the shocking final season of Eastsiders

What’s your favorite childhood holiday memory?
My parents would always set up Christmas in the living room and make my sister and I walk out together with our eyes covered. They’d lead us over to the table where Santa ate the cookies we let out, make us cover our eyes again and walk over to the presents. It was really an exercise in how well you could peek between your fingers to avoid falling.

What are you hoping for underneath the tree this year?

It’s more of a trip than a gift but a ski trip to Mammoth on March 18 would be wonderful!

Onesies? Oh honey, more like Twosies. Loving these houndstooth getups from the @mrturk @official2xist collaboration we got to wear to the #elevationgayski onesie Apres Ski party! It’s not as cold as it looks!

#lumbersexual ? — thanks to @shinestythreads for the new underwear!