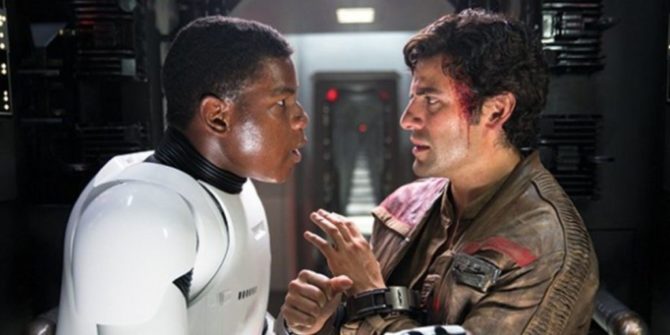 Fresh off a critical drubbing and falling short on the opening weekend box office, The Rise of Skywalker also faces censorship of a same-sex kiss.

The BBC reports that prints of the film in Singapore and the United Arab Emirates deleted the kiss–the first-ever same-sex kiss in a Star Wars film–to retain a PG-13 rating. Furthermore, it’s unclear if Disney or Lucasfilm deleted the kiss for other territories as well.

News of the kiss–which appears in one brief shot–ignited immediate speculation over whether Disney & Lucasfilm would need to edit it out of the movie for foreign territories, particularly China, where homosexuality is still considered taboo. The kiss remains in Chinese prints of the film, according to reports.

Discussion of the kiss also coincides with remarks by JJ Abrams, director & co-writer of the film, wherein he said he worried about it coming off “heavy-handed.”

“It was sort of part of the whole experience to see a same-sex couple have a moment together that was explicitly saying in the Star Wars galaxy, you know, everyone is there and is welcome,” he told MovieZine. “It doesn’t matter what your sexual preference is, doesn’t matter what your race/species, whether you’re organic or synthetic, Star Wars is for everyone and knowing that there hadn’t been a representation like that – it doesn’t take away from anyone, it just shows that Star Wars is for all of us.”

Despite the presence of the kiss, Abrams has also endured criticism for subtle homophobia in The Rise of Skywalker, as well as his other films. In both his Star Trek and Star Wars films, Abrams gave his male leads flat female love interests whose sole function in the script seemed to prove that the men were not gay.