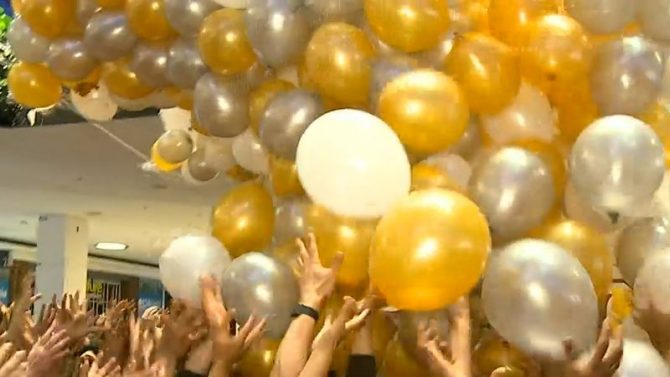 The Christmas spirit was on full display at the Westfield Parramatta mall in Sydney, Australia, as balloons filled with gift cards were dropped above a tightly packed crowd of shoppers.

Even Santa himself couldn’t escape the chaos that ensued, as he was flung to the ground shortly after the drop.

For the record, the gift cards had as little as $5 on them.

Five people, including children, were sent to the hospital.