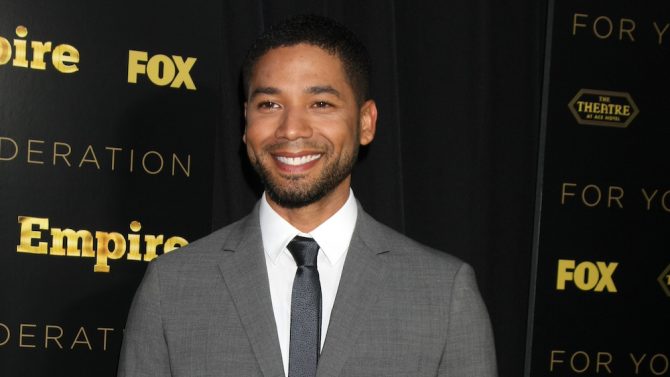 Smollett, 37, claimed to have been the victim of a racist and homophobic hate crime last January when he was attacked by two men in Chicago.

His story began to unravel when police, after spending hours investigating and viewing CCTV footage, found zero evidence to back up his claims. They believe he staged the whole incident for publicity.

This view was reinforced when two Nigerian bodybuilder brothers, Abimbola and Olabinjo Osundairo, claimed the actor had paid them $3,500 to help stage the attack.

In February, Smollett was charged with making a false felony report. However, the charges were sensationally dropped by Cook County State’s Attorney Kim Foxx last March. Smollett was instead ordered to pay $130,000 to compensate for police time.

The dropping of the charges infuriated police and other authorities in Chicago. Afterward, Cook County Judge Michael Toomin appointed Special Prosecutor Dan Webb to look further into the case to determine why the charges had been dropped.

Chicago Tribune says it has now seen two search warrants, submitted by Webb and signed off by Toomin on 6 December, demanding Google hands over data relating to Smollett. The warrants request 12 months of data from between November 2018-November 2019.

It is unknown if Google has complied with the request. It declined to comment to the Chicago Tribune, saying it could not respond on matters relating to law enforcement requests.

In the warrants signed by Toomin, there is a request that Google does not disclose it has been asked to hand over the data, as it “may jeopardize an ongoing criminal investigation.”

Smollett has always maintained he did not stage the attack and is innocent of any crime.

However, any hopes he may have had that he might enjoy a return to Empire – the TV show which dropped him when he was charged with making a false felony report – were dashed this week.

In December, showrunner Brett Mahoney told TV Line there had been discussions to bring Smollett back to the show for the sixth and final season. He said it would be “weird” not to have Smollett included, but said nothing had been agreed.

Related: The cast and director of ‘Empire’ are fighting over whether to keep Jussie Smollett

However, this week, Fox Entertainment President Michael Thorn told TV Line: “We’re not going to bring Jussie back to the show.

“There were a number of factors that went into the decision to not bring him back. There were many points of view about if he should come back or if he shouldn’t.

“As hard as a decision as that was, for us — and when I say us I mean the network, the studio and the producers — it felt like it was in the best interests of the show and the cast.

“Our hope is that all of the controversy surrounding Jussie doesn’t overshadow the show, which we think is bigger than him,” he added.