Four tired old “gaysian” stereotypes that need to die in 2020 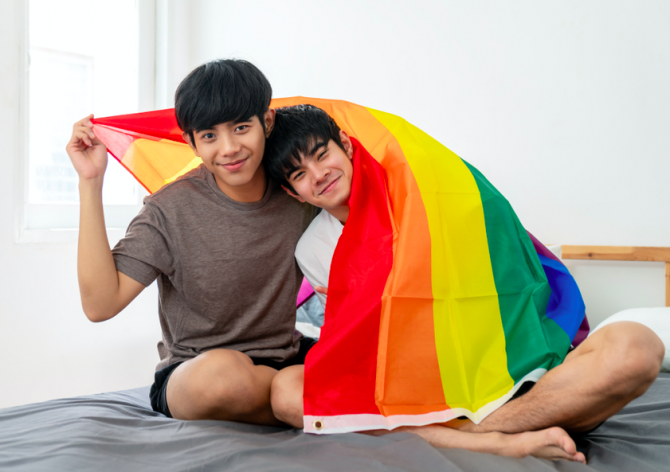 Living as a gay Asian (a.k.a. gaysian) man in America has had its challenges. Growing up, I never saw any Asians on television or in advertisements, let alone LGBTQ Asians. Over the years, Asians that entered mainstream media were represented as supporting roles, typically the exotic and mysterious love interest or the awkward computer geek. On the rare occasion that a gaysian did break through, they always fell into the stereotypes of hyper-feminine, passive roles. But a new year (and decade!) is upon us, so what better time to address and eradicate these tired old myths and stereotypes? Here we go…

Myth #1: All gaysians are submissive.

Being submissive is not solely based on our skin color, race, ethnicity, or genes. Not all gaysians are bottoms, nor all we all tops. We’re across the entire spectrum with varying degrees of sexualities and sexual dominance, just like everyone else. Being submissive or dominant doesn’t discriminate. These characteristics permeate through all ethnicities. (And, just for the record, there’s nothing wrong with either!)

Because these characteristics aren’t associated with anyone’s race, ethnicity, or genes, they are impermanent. We can be submissive one day, and become dominant the next day. Today’s bottom can be tomorrow’s top. Instead of trying to define ourselves based on black and white labels in this gray world, we should invest more time redefining our labels and discovering ourselves.

Currently, Asians comprise about 60% of the world population. 60%! But based on UCLA’s 2019 Hollywood Diversity Report, Asians make up only 3.4% of all film roles in Hollywood. With the success of 2018’s Crazy Rich Asians and 2019’s Parasite and The Farewell, it’s no wonder that the same report found that Asian leads produced a higher median global box office than their white counterparts ($93.0 million vs. $51.2 million). So it pays to put Asians in the lead. Tens of millions of dollars, in fact.

From over 250,000 people marching in Taiwan to demand equal rights to the millions that took to the streets of the Hong Kong protests, 2019 was a monumental year for Asians speaking up.

Comedians such as Joel Kim Booster, Margaret Cho, and Alec Mapa have all made headlines speak out against queer Asian stereotypes in their work and on social media.

Author Ocean Vuong and poet Kit Yan have written about their experiences for the world to read, and it resonates.

We’re not quiet. The world just hasn’t been listening.

Myth #4: If it’s a stereotype, there must be some truth to it, right?

These stereotypes are based on hundreds of years of oppression and historical inaccuracies. Early novels and plays depicting Asians were based on limited experiences from periods of wartime and colonization. The few Asian women that inspired Madame Chrysanthème, Madame Butterfly, and Miss Saigon were hand-picked by foreigners who sought a particular aesthetic and model wife.

These stories became the cornerstone of Asian stereotypes that influenced generations of books, movies, and even advertisements. But times are changing and myths are being unveiled. As more Asians and queer Asian voices become visible, the diversity of Asian personalities quickly dissolve the stereotypes based on these biased narratives.

Whatever race, ethnicity, gender, sexual preference, or religion we identify as, stereotypes cannot and will never capture the essence of our individuality. By eliminating these over-generalizations and mis-categorizations, we can truly begin to see each other for who we really are.

Steven Wakabayashi is a second-generation Japanese-Taiwanese-American, creating content and spaces for queer Asians in New York City. He is the host of Yellow Glitter, a podcast on mindfulness for queer Asians, and shares a weekly newsletter of his projects on Mindful Moments. You can find him on Instagram, Twitter, and Facebook.