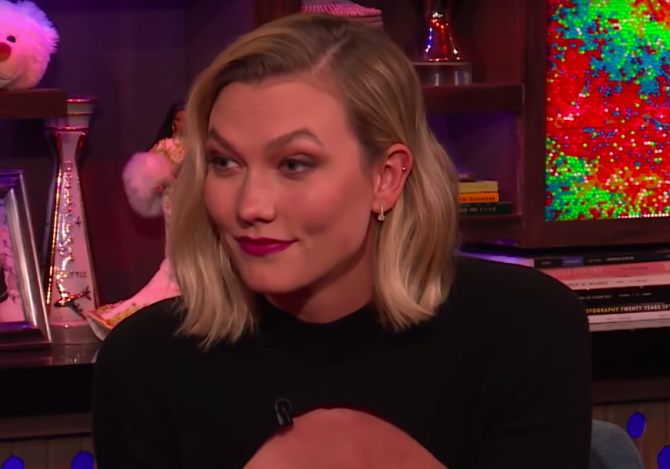 Project Runway host Karlie Kloss stopped by Watch What Happens Live! last night where she finally opened up about her uncomfortable connection to the Trump family.

Earlier this month, a Project Runway contestant was sent home after making a dig in reference to Kloss’ marriage. When Judge Brandon Maxwell said of the designer Tyler Neasloney’s dress, “I cannot see Karlie wearing it anywhere, honestly,” Neasloney quipped, “Not even to dinner with the Kushners?”

The remark didn’t go over so well with, well, anyone. Neasloney later apologized but he was still sent home, presumably for his bad design. (But, honestly, who actually believes that?)

When Cohen asked Kloss, who has remained pretty tight-lipped about her association with the Trump family since the 2016 election, about Neasloney’s comment, she was completely forthright.

“I was honored to be one of the first memes of the decade,” she joked. “Honestly, the real tragedy of this whole thing is that no one is talking about how terrible that dress was. That’s why he went home. I would not wear that dress to any dinner.”

As for her relationship with the Trumps, Kloss made a good point: “I’m sure I’m not the only person in this country who does not necessarily agree with their family on politics. I voted as a Democrat in 2016 and I plan to do the same in 2020.”

To which Martha Stewart, who was also a guest last night, replied, approvingly: “I’m glad that you announced that.”