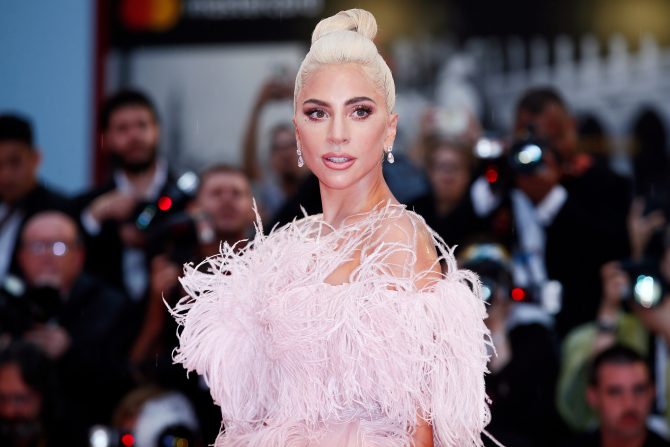 The upbeat track is reminiscent of her earlier work, setting aside the pseudo-country twang of 2016’s Joanne to return to disco-inspired synth-pop.

Response has been glowing, to put it mildly.

The track is currently the target in a game of whack-a-mole between Gaga fans and her record label (if you really want to hear it, just ask your closest diehard Gaga stan, they’ll have a way) but here’s what folks are saying about “Stupid Love”:

Me pretending to listen to #StupidLove for the first time after the official announcement pic.twitter.com/2gZOmTTG6L

Okaaay #StupidLove is sooo good it took me back to born this way era and IM ALL HERE FOR IT ?????? pic.twitter.com/jrFcyC7iJo

I’m so ready for a summer of Gaga! #stupidlove

Hitting “play” for the 58466 time on “Stupid Love” pic.twitter.com/BBUkhgUE0H

My daughter refuses to come out of her room all night because of some new Lady Gaga song called Stupid Love. @ladygaga what do i do? I created this monster, but she’s your little monster now! pic.twitter.com/EI9iFxwORe

THEY’RE PLAYING STUPID LOVE IN THE CLUB AND IT WASN’T EVEN RELEASED YET ? WHAT THE FUCK pic.twitter.com/Yk8Mrj3i2h

me listening to the full stupid love leak pic.twitter.com/meuHG6blfr

Me waiting for the official release of Stupid Love pic.twitter.com/8c61gAA2b4

Lady Gaga trying to find out who leaked #StupidLove pic.twitter.com/aAkQh8IP2b

You bitches asked for pop, dance,techno and @ladygaga put all of it together and gave an utter banger, still ranting then listen till u love it #StupidLove pic.twitter.com/bWfpIfFaYb