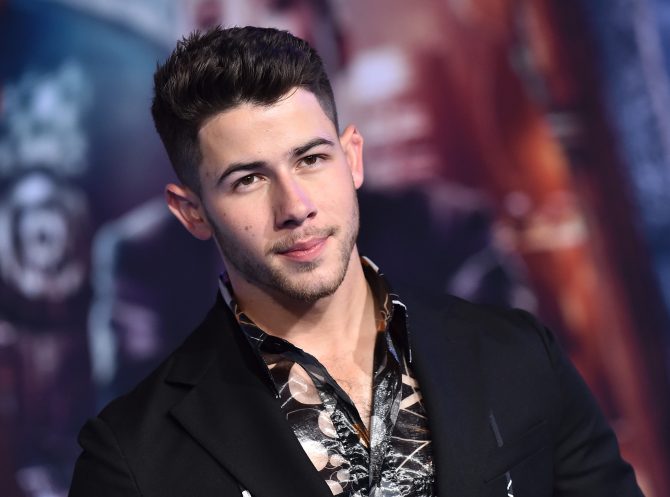 A new Jonas Brothers music video for “What A Man Gotta Do” features the bros channeling cinematic romance classics of the ’70s and ’80s, but much more attention is being paid to Nick’s thighs than the concept itself.

Even from Nick himself:

Bothers Nick, Joe and Kevin appear alongside their real-life wives, Priyanka Chopra, Sophie Turner and Danielle Jonas, respectively, in odes to the films Risky Business, Grease, and Say Anything.

But you’d hardly know that by glancing at first reactions to the video, which are much more focused on Nick’s Tom Cruisian wardrobe, or lack thereof:

I REPEAT: I feel personally attacked by Nick Jonas and his thighs. pic.twitter.com/D8NIeb0FL5

sorry but nick jonas’s thighs are impressive like wOW pic.twitter.com/ve4drNUWkj

I would like to thank not only God but also Jesus for a whole music video of Nick Jonas with no pants on #WhatAManGottaDoVideo pic.twitter.com/QK5yxT6ryu

I want Nick Jonas to pick me up pic.twitter.com/uIgXAiz0Pf

Nick Jonas has legs that could get you pregnant. It flies in the face of science, but I genuinely think he could do it #WhatAManGottaDo pic.twitter.com/CJ8TZ2W9ET

Here’s the video, if you’re into that sort of thing: