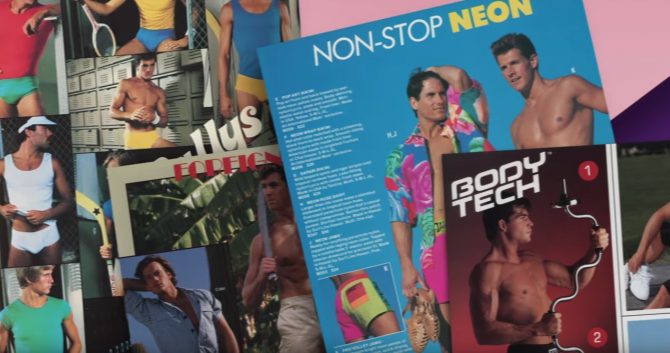 Before there were Instagays and overtly gay underwear brands, the International Male catalog offered a somewhat coded window into homoeroticism, and the company behind it was happy to reap the rewards.

A new documentary titled All Man: The International Male Story explores the catalog’s history, beginning in the 1970s and peaking in the ’90s when roughly three million copies were mailed out each quarter. At that time, annual revenue exceeded $100 million.

Watch the trailer below:

A release date for All Man has not yet been announced.