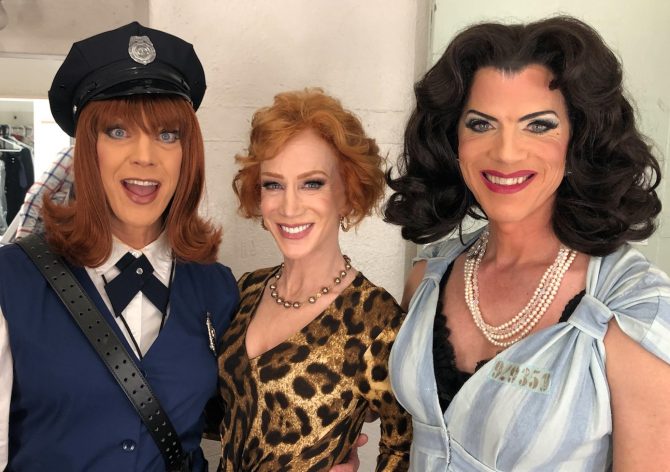 What do you get when you mix drag legends, pop culture icons, Drag Race fan faves and just a dash of Kathy Griffin? One hell-of-a-good-time, that’s what.

Griffin joined the cast of Women Behind Bars at the Montalban Theater in Hollywood over the weekend, giving a special introduction before the show.

Griffin fit right in, posing for photos backstage with the cast: 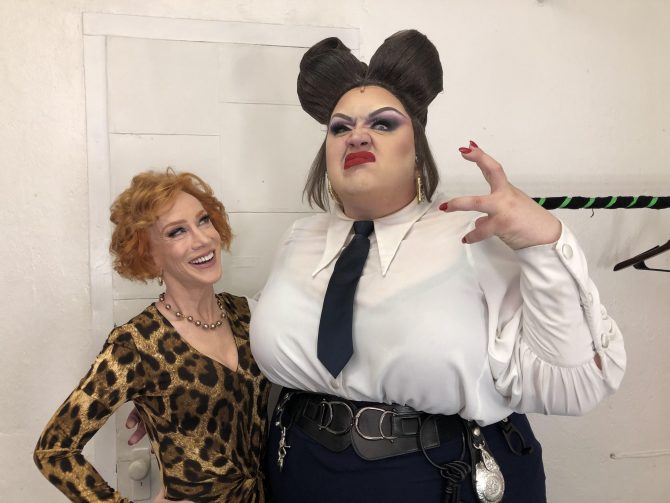 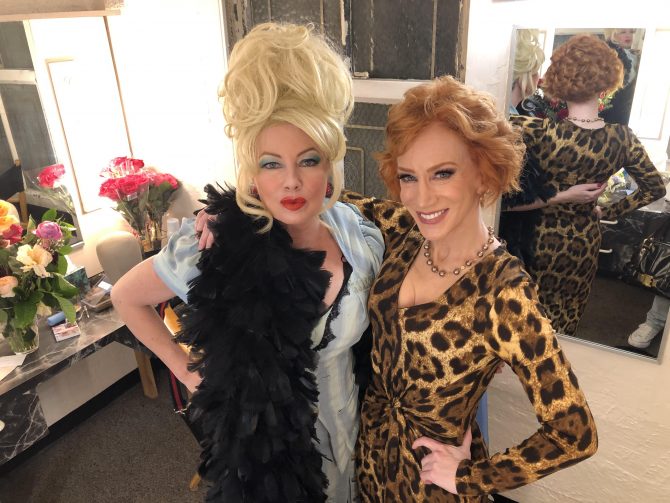 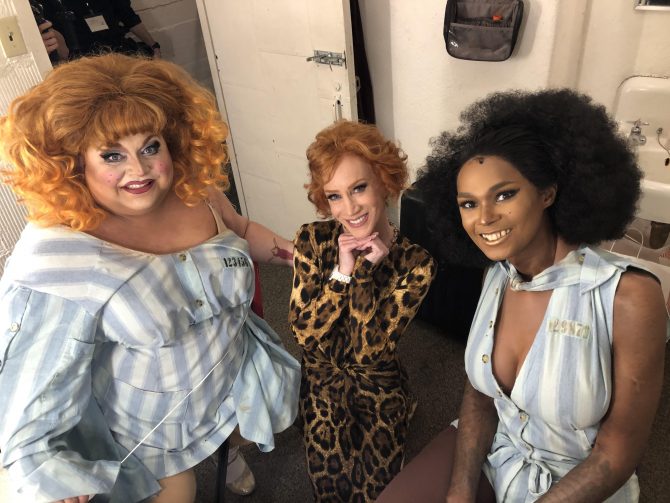 Written by Tom Eyen (Dreamgirls), the raucous show parodies prison exploitation films of the 1950s and starred Divine in its 1976 production: 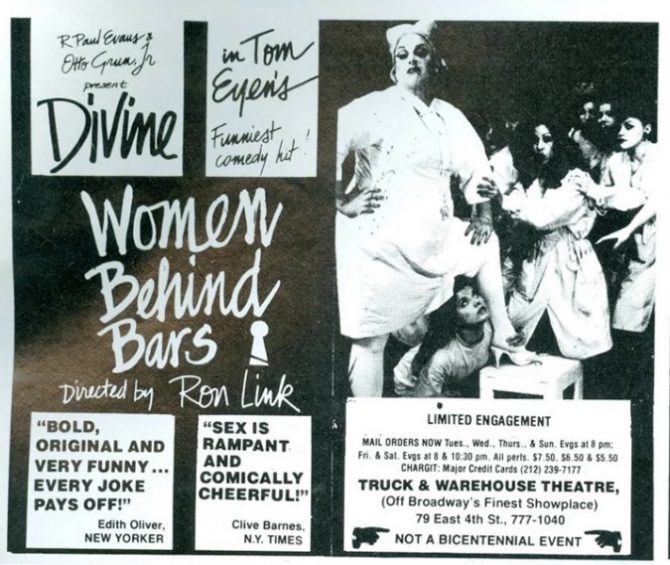 Women Behind Bars is presented by “Just Pow!” Productions and runs through February 2 at the Montalban Theater in Hollywood.