Nathan Lane recalls that time Oprah tried to out him on her show, says “It was terrifying” 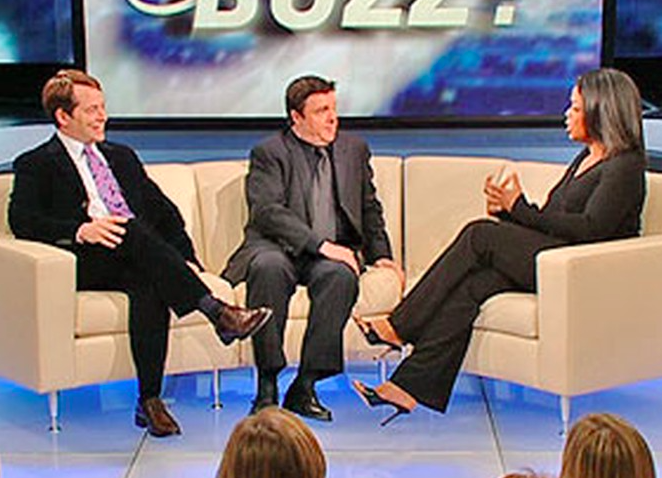 Actor Nathan Lane is opening up about his sexuality like never before in a new interview with The Hollywood Reporter‘s ‘It Happened in Hollywood’ podcast.

In the candid interview, the 64-year-old explains that he came out to his close friends and family in his early 20s.

“I came out when I was 21 to my mother and to my family,” he explains. “Everyone knew. And certainly everyone in [the] New York [theater scene] knew.”

But it wasn’t until he was cast in The Birdcage that the public became interested in his sexuality. Seemingly overnight, Lane went from being just another working actor in New York to a film star.

“No one had been interested in my sex life up until then,” he recalls.

“Suddenly I had a publicist and they had to say, ‘Well, what do you want to do? You’re going to walk into a room filled with journalists and this is going to come up.’ And I just said, ‘I don’t know if I’m ready to start discussing this…I finally get a nice role in a movie and I want it to be about the acting and not a coming out story.’ Right or wrong, that was my decision.”

Lane ultimately decided he didn’t want to talk about his sexuality while promoting The Birdcage. And, for the most part, he was able to avoid questions about it.

Until he booked an appearance on The Oprah Winfrey Show.

“We had to discuss this beforehand and I said, ‘I’m not ready to discuss whether I’m gay or not with Oprah. I can barely deal with meeting Oprah, let alone telling her I’m gay’,” he recalls.

“She says to me something like, ‘Oh, you’re so good at that girly stuff.’ Or whatever it was. And Robin sensed she might be going toward the sexuality question and he immediately swoops in and diverts the interview to protect me.”

At one point during the episode, Oprah asked: “Were you afraid of being typecast as ‘are you, are you not?’ ‘Is he, isn’t he…?’” After Williams unsuccessfully tried to change the subject, Oprah looked directly at Lane and asked, pointedly: “So?”

After the episode aired, Lane began being asked by more and more reporters about his sexuality.

He recalls an interview with Us magazine, during which he said: “I said, ‘I’m 40, single and I work a lot in the musical theater. You do the math. What do you need — flash cards?’ I thought I had come out, but apparently I didn’t. That wasn’t enough.”

When he finally came out “officially” in a 1999 profile with The Advocate, Lane says people still weren’t happy with him.

“And then people were just annoyed that I came out,” he recalls. “‘Yeah, we already knew! F*ck you.’ So there was no winning there. It was all so intimidating. Honestly, it was terrifying.”

And it all started with Oprah.

The Birdcage was a hit with critics and audiences alike, grossing over $185 million at the box office. The film was also nominated for several awards, including an Academy Award, two Golden Globe Awards, three SAG Awards, and GLAAD Media Award, among others.

Related: Hank Azaria Worried His Breakout Role In “The Birdcage” Would Offend All Gay People