EXCLUSIVE: The trailer for the steamy drama ’15 Years’ has arrived 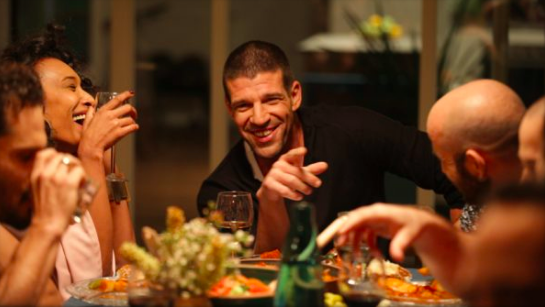 Just in time for Valentine’s Day, here’s the trailer for 15 Years, a steamy drama about relationship tensions.

Israeli writer/director Yuval Hadadi helms the film, which has played film festivals the world over. The plot centers on Yoav and Dan, an affluent gay couple of 15 years that seems to have everything. That changes when Yoav’s best friend, Alma, announces she is pregnant. The revelation incites Dan to want children himself, while Yoav struggles with his own inner demons which threaten to destroy both their lives.

Related: Ofir Trainin on ‘Family in Transition,’ and the rise in Israeli trans & homophobia

15 Years confronts relationship issues that haunt. Does more money make for a secure relationship? Can having an open relationship smooth over boredom and dissatisfaction? How can a couple endure when both individuals continue to evolve as people?