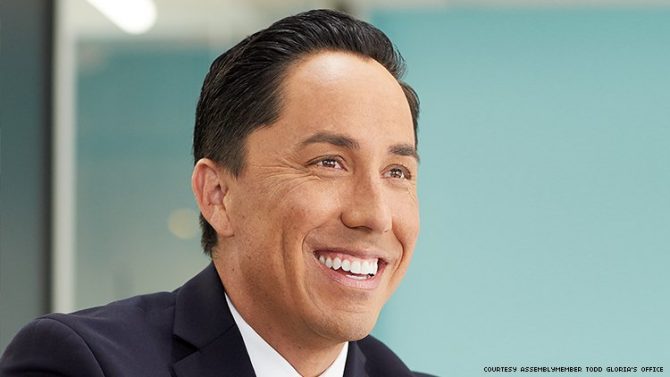 Todd Gloria has reason to celebrate.

The current majority whip in the California State Assembly just scored huge numbers in this week’s primary election to become the Democratic candidate for Mayor of San Diego. Adding to the glory of his win: he’s openly gay.

Gloria grew up in San Diego in a Native American/Filipino/Latino mixed-race family. As a politician, he’s built his career on focusing on issues like infrastructure, homelessness and transportation. He finished Tuesday’s primary with more than 40% of the overall vote, easily catapulting him into frontrunner status. If elected, he would become the first person of color and first out-queer person to hold the office.

“Todd Gloria will not only make history this November; he will deliver the bold, progressive and experienced leadership this city needs,” predicted Rick Chavez Zbur, executive director of Equality California. “San Diego knows the value of LGBTQ+ representation.”

Should he win office, Gloria’s victory will mean that the second-largest city in California will have an out-gay mayor. He would join the ranks of Lori Lightfoot in Chicago and Annise Parker in Houston, both openly gay mayors of major American cities.