Man Who Overdosed in Hotel Room with Andrew Gillum is a Gay Escort: VIDEO 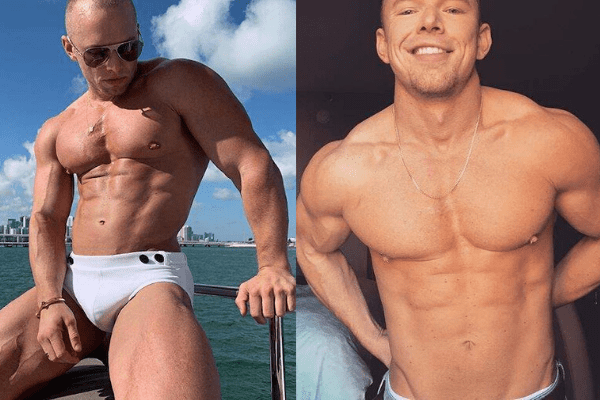 Rising Democratic star Andrew Gillum was discovered by police in a Miami hotel room with suspected crystal meth early Friday. And the man whose overdose prompted authorities to respond to the hotel room, 30-year-old Travis Dyson, reportedly is a gay escort.

Gillum, the former Tallahassee mayor and Democratic nominee for Florida governor, was too intoxicated to answer questions, but was not arrested.

“I was in Miami last night for a wedding celebration when first responders were called to assist one of my friends. While I had too much to drink, I want to be clear that I have never used methamphetamines,” Gillum said later in a statement. “I apologize to the people of Florida for the distraction this has caused our movement.”

Gillum, also a CNN contributor, is married to a woman and has three children.

The Miami Herald reports: Police say they were called to the Mondrian South Beach early Friday morning and found paramedics treating Travis Dyson, a 30-year-old Miami man, for an apparent heart attack. They say two other men were in the room: Aldo Mejias and Gillum. … Attempts to reach Mejias and Dyson by phone on Friday were not immediately successful. Dyson told Miami New Times that he has been friends with Gillum “for a while,” but did not know anything about a wedding. According to public records, Dyson is a registered nurse who lives in Brickell. His Instagram account features selfies in scrubs and a medical coat. The page also features numerous photos of Dyson, clearly a body builder, posing on the beach, on boats or at night spots with friends, including his fiance. His public Instagram account was turned private sometime Friday afternoon.

According to the Daily Mail, “Dyson describes himself as a trauma certified ER nurse on social media, where he posts photos of himself working out in the gym, partying at gay nightspots and lounging on luxury yachts.

“Multiple pornographic videos of Dyson and his boyfriend/fiance … were posted to that site and even to Twitter,” Red State reports. “Those have all been deleted as of Friday afternoon. On a fan thread referencing Dyson’s Rent Men profile, there is a photo of Dyson in his scrubs.”

According to Heavy.com, Dyson also wrote that he was formerly in the military.

“If it is a dating atmosphere you desire, I definitely have an eclectic taste for dates,” he wrote. “I don’t only enjoy one type of fun… but the type of fun we have is definitely up to you. Let’s have fun

The post Man Who Overdosed in Hotel Room with Andrew Gillum is a Gay Escort: VIDEO appeared first on Towleroad Gay News.