The Weekend Binge: I hooked up with my best friend’s boyfriend. Now she’s dead. 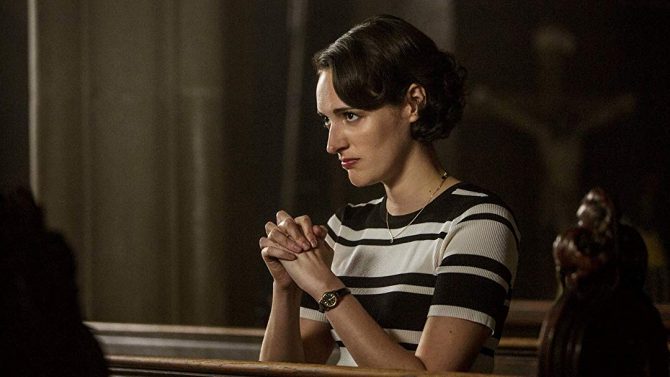 Few comedies cut as deep as Fleabag, and fewer still do it with as much charm. Series creator Phoebe Waller-Bridge stars in the title role as a sexually fluid woman trying her best to keep her career as a cafe owner together in the face of a breakup. Unfortunately, Fleabag had an affair with her business partner/best friend’s boyfriend, prompting her to commit suicide, leaving her in charge of the cafe and to care for her friend’s pet guinea pig. In the midst of her shame, Fleabag does her best to navigate relationships with men–most of whom have issued more severe than her own–her up-tight sister, alcoholic brother in law, morose dad and bohemian stepmother.

If that sounds like a lot, it is. Fortunately Fleabag, like its title character, has an irrepressible quality to it. As awful as her behavior can get, Fleabag always has a sense of self-aware humor about herself. With a cast that also includes Andrew Scott (as a “hot priest”), Bill Nighy, Kristin Scott Thomas and Oscar-winner Olivia Coleman, the show frequently leaves us howling, or in jaw-to-the-floor shock. At two seasons, it also fits nicely into a weekend when staying in to avoid the plague.