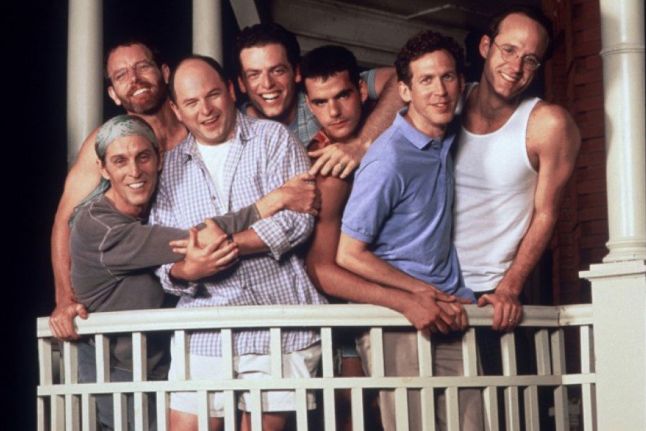 In honor of the passing of legendary queer writer Terrence McNally, we can’t think of a better time to check out the movie version of one of his magnum opuses (he had a few), Love! Valor! Compassion! The story centers on eight gay men spending several holidays together in the early 1990s at the height of the AIDS crisis. Each confronts harsh realities of LGBTQ life, including HIV, aging, fulfilling or rejecting stereotypes, and of course, love. The film retains most of the Broadway production’s original cast, including Justin Kirk, John Glover (in a dual role as twins) and John Benjamin Hickey. The film’s biggest shortcoming might be the replacement of Nathan Lane–who gave one of his best performances in the stage incarnation (and if you don’t believe us YouTube it)–with Jason Alexander. Alexander is delightful in the part, though the world always needs more Nathan Lane. Love! Valor! Compassion! represents the anti-The Boys in the Band; in other words, the characters don’t teem with internalized homophobia. That, along with McNally’s rich dialogue give the material both gravitas and sensitivity. What better way to help pass the time in lockdown, and honor a fallen queer hero to boot.

Available on DVD from Amazon.