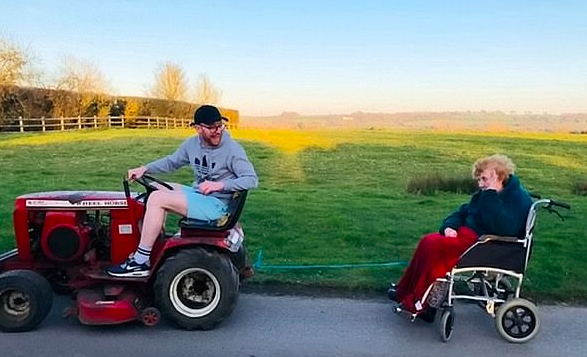 31-year-old Tommy Ferris is currently staying with his 81-year-old grandmother, Nana Jean, at their home in Yate, Gloucestershire.

Nana Jean has dementia and doesn’t know about the coronavirus pandemic. Tommy has been taking good care of her, making sure she’s safe, happy, and entertained. And he’s been documenting their time together in a series of hilarious and heartwarming videos. 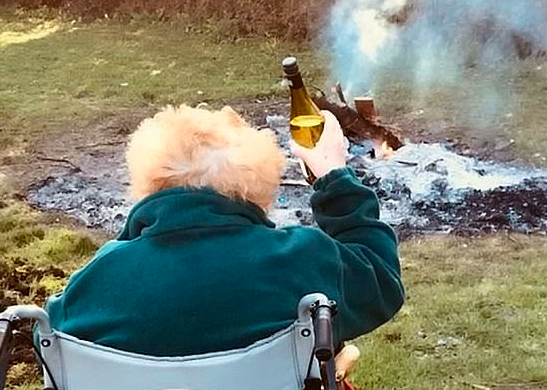 At one point, he has to remind her that he’s never going to marry a woman because he’s gay.

“I could make a lot of women happy,” Tommy says. “I’m not marrying one though.”

“Why not?” Nana Jeans asks, presumably for the ten-thousandth time.

“Because I’m gay,” Tommy answers, adding, “We’re exactly the same as everyone else. Except we happen to fall in love with people who have the same thing in their pants as us.”

To which Nana Jean responds by laughing. 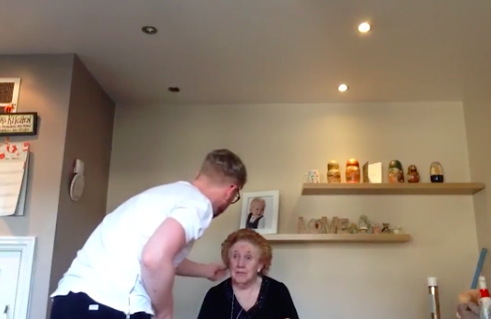 Speaking to the BBC, Tommy explains, “[Quarantine] certainly made me look inside more and made me realize I was not spending enough time with her. I was going out on a night out when I should have been with her. It’s allowed me to go back to basics and look at what matters.”

He adds he hopes by sharing his experiences it will inspire others to spend more time helping others.

“Remind yourself that although this crisis is scary, it is also an opportunity for you to do something amazing for those who need it the most,” Tommy says.

And here’s the video of Tommy reminding Nana Jean that he’s gay.