Daily Dose: A Broadway diva tells all…and then some 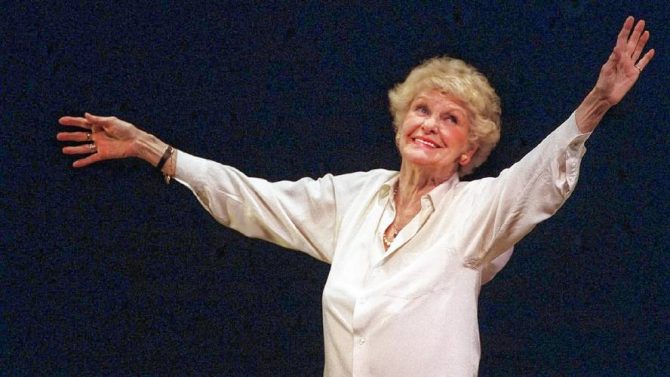 The Tell All: Elaine Stritch At Liberty

Broadway Grand Dame Elaine Stritch found the role of a lifetime in the twilight of her career: herself. Elaine Stritch: At Liberty is both a one-woman show and a career memoir performed by the woman herself. Stritch recounts the story of her life and struggles with alcoholism while performing songs from her musical repertoire. Stritch’s career anecdotes, however, steal the show, as she recalls stories of wild nights with Marlon Brando and Ben Gazzera, interactions with Judy Garland and Ethel Merman, falling for Rock Hudson (and what a bum decision that turned out to be), and life upon the marvelously wicked stage.

Stritch toured the US, played Broadway (where she picked up a long-deserved Tony Award) and London with At Liberty. Lucky for us, the folks over at HBO filmed the production and captured the raw power of Stritch’s performance. It’s a must-see for anyone who loves Broadway and showbiz, not to mention anyone thirsty for a few lessons in survival. Right now, we know you are.