Straight dude wonders if coronavirus has turned him gay or bisexual 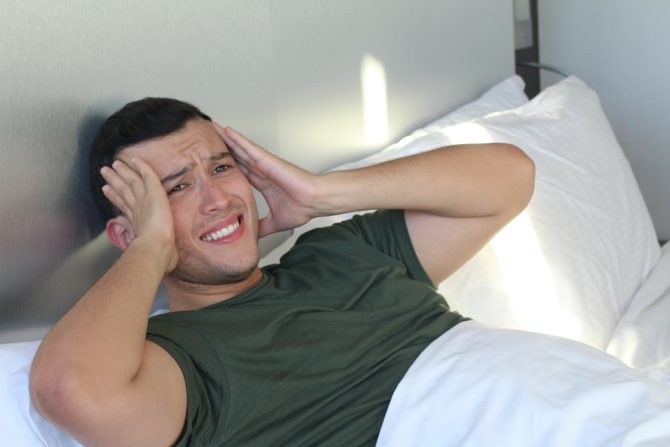 A straight-identifying man in his early 30s says this whole coronavirus thing has caused latent homosexual desires he thought he had repressed to resurface unexpectedly. He isn’t quite sure what do make of it all, so he’s seeking help from queer advice columnist Anna Pulley over at the Chicago Tribute.

“I’m a soon-to-be-32-year-old guy who’s only been in two real relationships with girls,” the man explains. “Over my life I have been attracted to girls (love at first sight with girls in high school, affairs with girls, etc.).”

Then coronavirus descended upon the United States. And. now, he’s not so sure anymore.

Without elaborating too much, the man notes that there were “some small signs” he was into guys when he was younger, but he never paid them much mind. Now, those feelings are back, and they’re harder than ever to ignore.

“So, I’m asking myself if I’m gay and that’s why I am not interested in a relationship with a girl or if it’s because I have an avoidant attachment style. I never find a girl good enough. Or if it’s just temporary. Or if I’m bisexual and I can deal with that side of me that I don’t really want.”

He adds, “I don’t want to be gay” saying he’s “always imagined myself with a woman and having kids.”

Now he wonders: “What’s wrong with me?”

In her response, Pulley assures the man that nothing is wrong with him and his struggles are actually quite common.

“You’re not alone in asking yourself big questions during the COVID-19 pandemic,” she writes. “Lots and lots of people are doing just that.”

“Now that we are largely stuck in our homes, we have the space to sit — sometimes uncomfortably — with ourselves for long stretches of time, and such openness can lead to surprising places. In the last week, a friend discovered they were trans. Another broke up with their partner of several years. And still another — a polyamorous woman married to a man — realized she was monogamous and gay. And this was just one week!”

Pulley tells the guy that it’s important to ask questions and dig deep within himself for answers.

“I, too, thought I would marry a man and have kids, and neither of those things has happened, and I’m entirely fine with that. More than fine, really,” she says. “I can’t look into a crystal ball and tell you who you will end up with. But I can tell you that you’re going to be OK, no matter what happens, no matter what your sexuality or the future holds for you.”

She concludes by telling him to do some exploring and to be open-minded.

“I encourage you to (safely, and when it’s feasible to do so) tap into those desires,” Pulley says. “Go on some dates with men. And see how that feels.”

“You don’t need a label to do this,” she adds. “You don’t need confidence or certainty or any definitive answers. You only need to be curious and willing.”

What advice would you give this guy? Share in the comments section below…