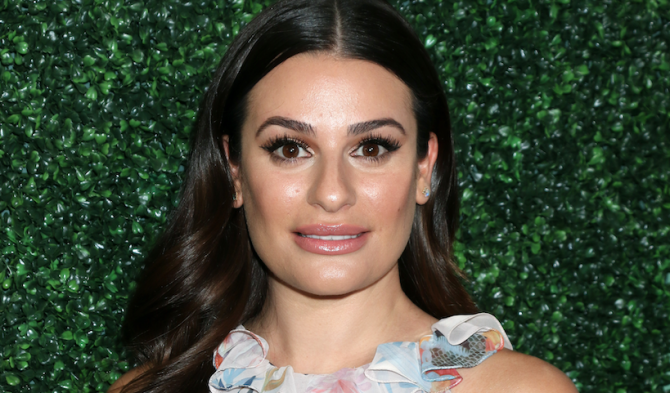 Actress Lea Michele is fielding a PR nightmare after nearly a dozen people have come forward to say that working with her was the stuff of nightmares.

It all started last week when Michele’s former Glee co-stars Samantha Ware, Amber Riley, and Alex Newell put her on blast for her cruel on-set treatment nearly a decade ago.

Ware accused Michele of making the show a  “living hell” and “told everyone that if you had the opportunity you would ‘sh*t in my wig.’” Riley and Newell then both appeared to corroborate the accusations.

Meanwhile, drag queen Willam said Michele treated him “subhuman” on the set of Glee, which ultimately prompted him to quit the show. Broadway actor Gerard Canonico called her a “nightmare” to work with in the 2006 Broadway show Spring Awakening. And Elizabeth Aldrich, who was Michele’s understudy for Ragtime on Broadway back in 1998, said she was “terrifying” even at 12 years old, calling her “mean” and “manipulative.”

“I used to cry every night,” Aldrich said.

And now come the extras.

Over the weekend, Us Weekly spoke to multiple sources who claim to have worked as background actors on Glee and they all agree that Michele was “rude” and “couldn’t be bothered” with anyone.

Imia Fleur Edwards regularly worked as an extra on the show in 2012. She says that Michele once burped in her face while on set, calling the incident “so bold and rude.”

“During one of the takes she walked really close to me and made this loud burp almost right in my face as she was passing by,” Edwards says. “She didn’t say ‘Excuse me’ or even acknowledge my presence. No eye contact, nothing.”

In fact, the only person to say anything was a nearby crew member who witnessed the belch.

“The other extras saw and a crew member as well,” Edwards says. “He reacted, ‘Wow, so sorry she did that.’”

Another time Edwards says Michele accidentally stepped on her foot and didn’t apologize.

“After that, I just figured this is someone with terrible manners or who could care less about others around her who she feels are ‘nobodies,’“ she remembers. “It was known on set that Lea kept her distance from extras and often rarely looked them in the eye.”

Another unnamed source who regularly worked on the show tells US Weekly that Michele liked to pretend like those around her were invisible.

“Lea would pass by an ignore the extras,” the insider says. “I saw other cast members mingling with extras and crew. She literally acted like I didn’t exist when I said hello to her. She didn’t even acknowledge me.”

The insider also recalls a time Michele brought cupcakes to set and “no one wanted to touch it.”

“One of the production guys asked who brought the cupcakes,” they add. “Someone said, ‘Lea did.’ The guy scoffed and walked away from it. At the end of the shoot, one of the crew members took a cupcake and gave it to me and said, ‘Take it. No one’s going to eat it.’”

And yet another insider says they witnessed Michele treat her fans like dirt.

“While they were waiting to film, a lot of the cast went outside and took pics with the fans,” the insider says. “Lea was outside and the fans were yelling for her and she didn’t bother to even wave her hand to the fans.”

Last week, Michele took to Instagram to issue an apology for her actions, saying, “I clearly acted in ways which hurt other people. Whether it was my privileged position and perspective that caused me to be perceived as insensitive or inappropriate at times or whether it was just my immaturity and me just being unnecessarily difficult, I apologize for my behavior and for any pain which I have caused.”