The First 2020 Presidential Debate: Where Can We Go From Here? 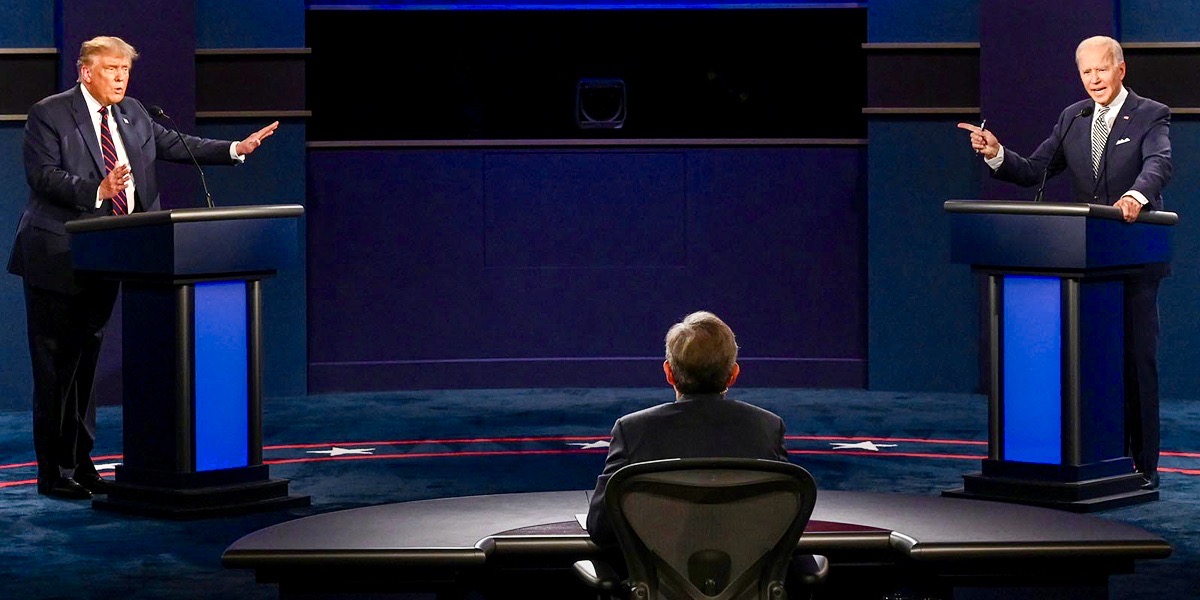 “You can’t fundamentally change who this president is. He is a bully and an abuser. He is an unrepentant white supremacist. He lacks even a modicum of basic human decency.”

The post The First 2020 Presidential Debate: Where Can We Go From Here? appeared first on Autostraddle.

Halloween is weird this year. That said, it provides the perfect excuse to get creative with a facemask!

The owner of queer publications The Advocate and Out has broken a pledge he made two years ago to stop donating to anti-LGBT+ Republicans. Adam Levin is the owner of Oreva Capital, the parent company of Pride Media. Pride Media represents many LGBT+ media brands, including The Advocate, Out, Pride.com and Plus. In 2018, it…

A white lesbian cop is suing the Michigan State Police for discrimination, claiming that it is “drunk on diversity” after she lost a promotion to a Black officer. Sergeant Larissa LaMay claims the force’s new diversity initiatives led to her being passed over for the position of assistant post commander,…

The new 4K edition of 1989’s Bill & Ted’s Excellent Adventure comes with a disclaimer: “This film reflects historical attitudes which audiences might find outdated or offensive.”

Said Winter: “In terms of the caveat, that would only refer to the homophobic slurs that we had in both of the first two movies which we were extremely common but totally disparaging and not appropriate terminology back then. Other than that, the first movies are extremely wholesome. I think the third one stays in line with that whole vibe. I would hardly look at the first two movies being radical, offensive films other than that, which no one was happy about. We certainly didn’t intend to repeat.”

Added Reeves: “I guess it’s a product that’s going out into the world,” Reeves began. “I guess it’s kind of reflecting some of the content and letting somebody who’s watching the film know exactly that, so they’re not taken by surprise by it.”

US ambassador says Poland is on the ‘wrong side of history’ with LGBT+ rights. Meanwhile, Trump tells Proud Boys to ‘stand by’

US ambassador to Poland Georgette Mosbacher slammed Poland for being on the “wrong side of history” when it comes to LGBT+ rights. But, you know, maybe she should make sure her own house is in order, while she’s at it. In an interview with portal wp.pl, Mosbacher defended the open letter she and 49 of…

Debra Messing On Her New Film, The Election And 'Will & Grace'

The actor also opened up about the origin of her new podcast, “The Dissenters.” Sgt. Larissa LaMay says she was passed over for a promotion because she is white, while her lawyer says the Michigan State Police are “drunk on diversity.”

Ed Buck, the once influential democratic donor and LGBT+ political activist, was denied bail on Friday (25 September) following the death of two Black gay men. This followed a petition to have Buck return to his West Hollywood home ahead of his trial. Buck is being represented by Christopher Darden, the OJ Simpson…